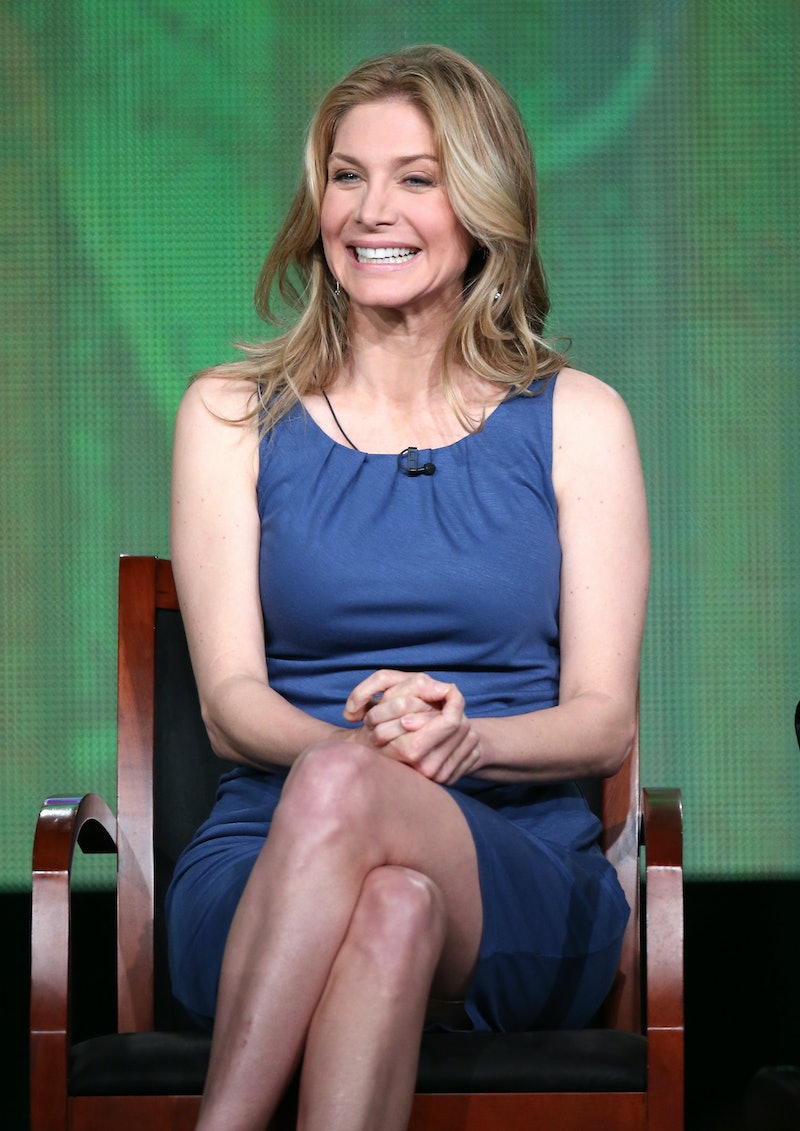 The last stop on Frozen's world domination tour is television. Unless you've been living under a very large rock at the bottom of a very deep quarry, you've heard that Once Upon A Time Season 4 will include Frozen characters. Remember at the end of last season of Once Upon A Time, when you were watching and were like, "What is happening? What is that blue stuff? This is weird. What is it forming — OH MY GOD IS THAT ELSA???" and then the internet blew up? Or, maybe that was just me. Eventually, I recovered and later still, Lost alum Elizabeth Mitchell was cast in a mysterious Frozen role.

Elizabeth Lail was also cast as Anna, then Georgina Haig as Elsa, and then we all hoped and prayed for Olaf to be cast, but instead we got the casting of Scott Michael Foster as Kristoff, and you guys, Cappie forever. Aside from the casting choices, we know very little about what's actually happening with the sisters when OUAT returns. But, we do know that it's set after the events of Frozen and there might be a wedding. Also, still no Olaf, but those (strange) pebble trolls will appear. We know all of this, and yet Mitchell's character is being kept a complete mystery.

If you don't know Mitchell by name, that means you're one of the lucky few who never got addicted to Lost. She is playing a character that is "possibly malevolent" and that could mean one of a hundred things. Some lucky soul got close enough to the OUAT set to snap some pretty revealing pictures of the costume Elizabeth is sporting for the show. It kind of sparkles, and flows, and it's all white, just like snow.

Maybe she's not playing Elsa in a flash-sideways, but what happens if she's playing... their mom?

Whoa, hold on, we all saw Frozen. The mom dies like 30 seconds into the movie and it's the first point in the movie where you break down crying. Remember how Frozen opens, and Elsa accidentally shoots Anna with her frozen powers, and they rush off to the trolls? The head troll asks Mr. Frozen Dad if Elsa is "born with the powers, or cursed?" Dad stammers out, "born with it." Don't believe me? Skip to 1:12.

Are we really to believe that Elsa is a mudblood of Arendelle? That's all that's discussed about Elsa's powers in the movie. She was born with them. Sure, we can just choose to remain blissfully oblivious as to why, and continue belting out "Let It Go" in August, or we can really think about that for a second. What happens if her ice powers were passed down because her mother was also magically inclined? Then, what happens if Mommy Frozen has managed to stay alive this whole time? Yes, okay, the hair color of the mother in the movie is brown, but then again, Anna's hair changed colors during the movie. What's to say mom hasn't gotten a dye job recently? Plus, Lail and Mitchell look strikingly similar. Maybe it's coincidence. Maybe it's intentional. Either way, the dress Elizabeth is wearing on set is too sparkly for her NOT to be a queen.

Elizabeth's character is said to have ties to the sisters. Doubtful she'll show up with, "Surprise! I'm your long lost babysitter!" When you think about it, OUAT is a show all about family relationships (Emma/Henry, Regina/Henry, Snow& Charming/Emma, etc. etc. forever and ever because everyone is related to everyone else in Storybrooke). Besides, if Anna and Kristoff (Caaaaaaaaaaappie) really do get married, of course the magical Frozen mama is going to show up for that. The family that magically turns things into ice together, stays together.