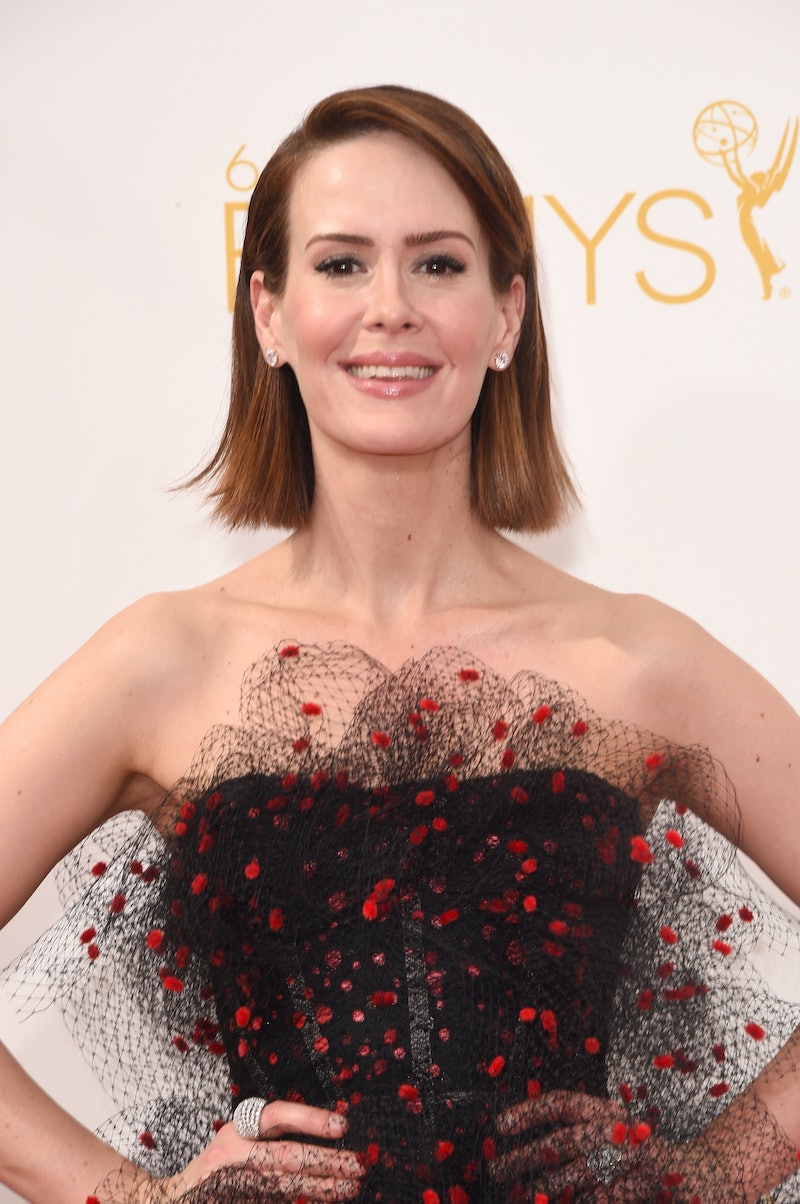 The posters that FX has been releasing ahead of American Horror Story: Freak Show's premiere next month have already got me ridiculously excited for the upcoming season, but, after reading this, I think the only way to describe my excitement is overwhelming. Though the show is set to premiere on Oct. 8, we don't actually have many details about the plot or the characters involved, apart from the promotional materials that FX has released and the knowledge that star Jessica Lange will be portraying a German ex-pat who runs a freak show — but, thankfully, it looks like that's all beginning to change as the premiere approaches: The supreme herself, Sarah Paulson, spoke to Entertainment Weekly about AHS: Freak Show , primarily her dual role as conjoined twins Dot and Bette — and how it's her "craziest" part in any project she's ever done.

It is the most challenging so far. There’s the inherent reality that everyone knows that I do not have two heads. So we’re asking the audience to go with us on this journey [...] I think that’s why these two girls seem like two different creatures. It’s hard to find to find all the color and variation and nuances. It’s hard to play one person with all of those things going on. It’s obviously doubly difficult to do it when you are trying to give shading and characterization to two people. And I have a southern accent also.

As for how Dot and Bette will be as characters:

It’s not as simple as nice and evil. It’s more complicated in true Ryan Murphy style. One has more darkness in her but not darkness of evil—darkness of depression, of knowing what’s out in the world. The other one is more of an innocent. It’s innocent and more cynical. Even though they share a body, they have different brains and different hearts. They experience everything differently from each one another.

Count me in already. But, will Freak Show will live up to the awesomeness of the previous seasons (particularly season 2, Asylum, with which it's loosely linked thanks to the reappearance of Naomi Grossman's character Pepper)? To that, Paulson said:

Everyone keeps telling me it’s the best one yet.I think it is. I don’t know that I always have a finger on my pulse. I certainly didn’t thinkCoven would have the reaction it did because it was so much lighter in tone thanAsylum.

I do know from an artistic standpoint both as a reader when I read the scripts the stories are so rich and complicated and it’s just so fascinating. I can’t imagine it not being something that people embrace.