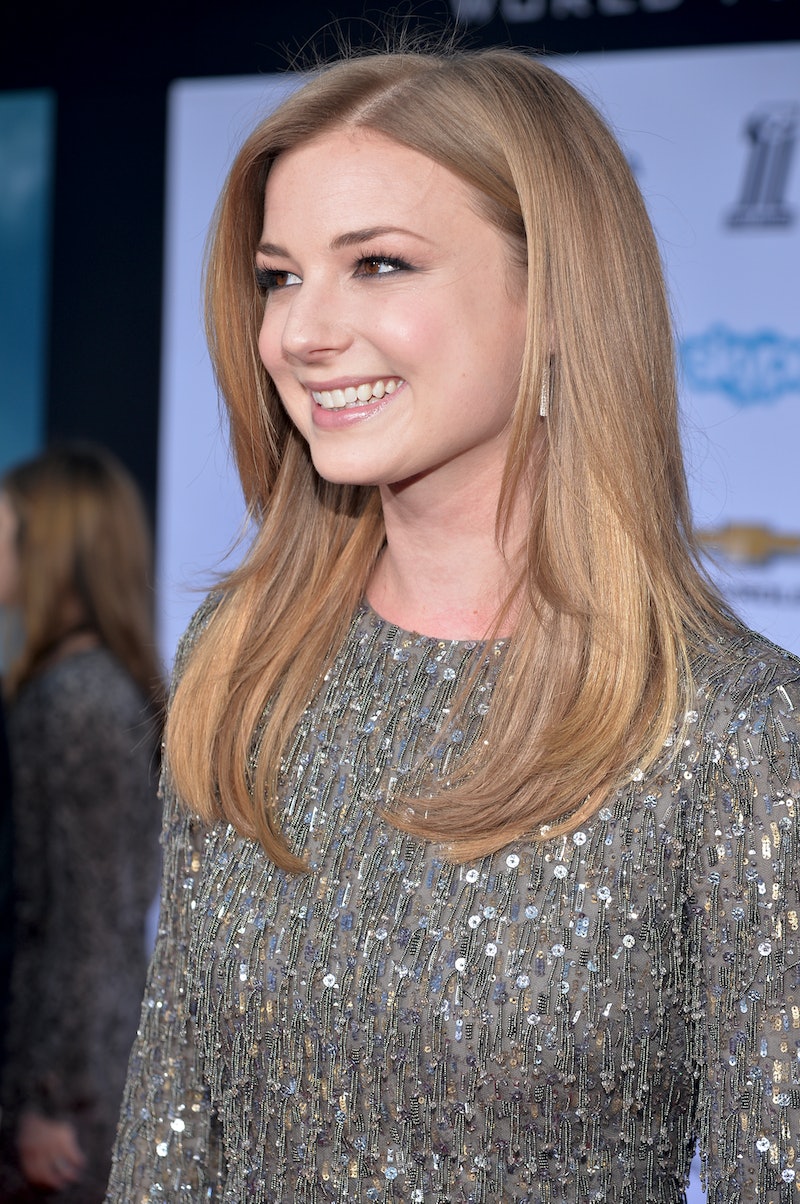 Whether she's manipulating hearts or getting her own broken, Emily VanCamp as Revenge heroine Emily Thorne has shown us plenty of sides to her personality throughout the last three seasons. And as the new season gears up for the ultimate Emily versus Victoria Grayson showdown, there's no doubt our favorite HNB (that's Hamptons Ninja Badass, obviously) is hardly finished with destroying the scandalous lives of Manhattan's elite (miss you, Gossip Girl).

But if you take away the gowns, perfectly coiffed bun, and red sharpie, is Emily VanCamp really anything like her character? Not a chance.

Emily Thorne (excuse me, Amanda Clarke) may have spent the last three seasons hell bent on, well, revenge, but Emily VanCamp doesn't bring those vengeful feelings home with her when she walks off the set.

“I’ve always been very good at letting my characters go at the end of the day,” VanCamp said in an interview with Elle Canada . "For almost three years now, I’ve been playing with these heightened emotions, someone who’s so much more tortured than I could ever be, with so much more anger than I could ever have."

VanCamp even meditates. Per the same interview:

At a certain point, it does start to weigh on you physically and mentally, and suddenly you’re not coping with things as well. It’s definitely something I’m trying to catch and change as much as possible when I really feel that it’s getting me down. I started meditating this year, which was hugely helpful. You have to let this all out.

Can you imagine Emily Thorne sitting still for 20 minutes without plotting a scheme? N-ommmmmm.

They may have the marriage from hell on the show (lest we forget when Daniel told Emily, after shooting her on her wedding day, “Sterilizing you was my gift to the universe"), but real-life couple VanCamp and Josh Bowman couldn't be more in love. The pair are frequently snapped mid-PDA, but VanCamp rarely talks about their relationship with the media, preferring to leave work at work. Per that Elle Canada interview:

It’s just really funny in the moments when we’re playing these absolutely absurd things ... It’s hard for my family to watch. It’s also hard for them to see me in that light. But we’re actors. None of that lives in any of us. Thank God.

SHE Can Swing a Hockey Stick With The Best Of 'Em

The Canada native grew up playing hockey and fishing — she once caught a Barracuda in the Caribbean, per an interview with GQ — and would rather drink beer and watch zombie movies than throw on a gown and sip champagne, like Miss Thorne. And it's the physical aspects of her character, rather than the perks of acting like one of Hamptons elite, that VanCamp loves most about Emily Thorne.

"I like getting down and dirty," she said in an interview with GQ. "It's really fun. There's nothing better than setting an asshole's house on fire. It's those moments when I think 'I love my job!'"

VanCamp wouldn't stand a chance trying to pull off one of Emily Thorne's grand schemes, or even be able to pretend to be the other Emily.

"I don't think I'm a good liar at all, though," she admitted to GQ. "The people who know me best will tell you that."

Of course, VanCamp could have been lying then and we'd have had no idea. And that would pretty Emily Thorne-esque.