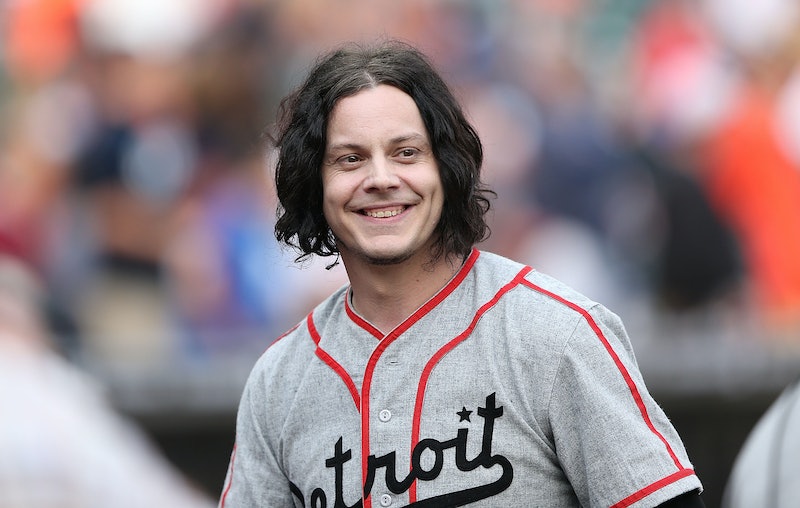 Last Wednesday, White Stripes frontman Jack White unleashed an epic rant about the Foo Fighters at his solo concert in Boston. Apparently it took some time for this news to get around, because E! reported on Thursday that White went on a tirade saying "[the] second guitar player [in the Foo Fighters] playing the same parts I play, so in case I make a mistake, he's still playing it for you." According to Vulture, this isn't the first time White has had some less-than-flattering things to say about a fellow musician. White has reportedly made negative comments about The Black Keys, Adele, and Lady Gaga, among several others. Though E! reports that the PR firm representing White said his comments were "made in jest," his reputation for starting music industry beefs, as well as his highly publicized anger issues, make it seem somewhat unlikely that White was joking.

During the concert, White also launched into a speech about his dislike for the Rolling Stone website: "Something for Rollingstone.com for tomorrow. I like to feed them something every day for their clickbait[...]They've paid me zero dollars to plug them for tomorrow so make sure they get at least a million clicks, mouse clicks, tomorrow, for Rollingstone.com, brought to you by Jack White!" White concluded his rant by assuring the audience, "This is not a rant." Pretty sure this qualifies as a certified rant.

Listen for yourself below: