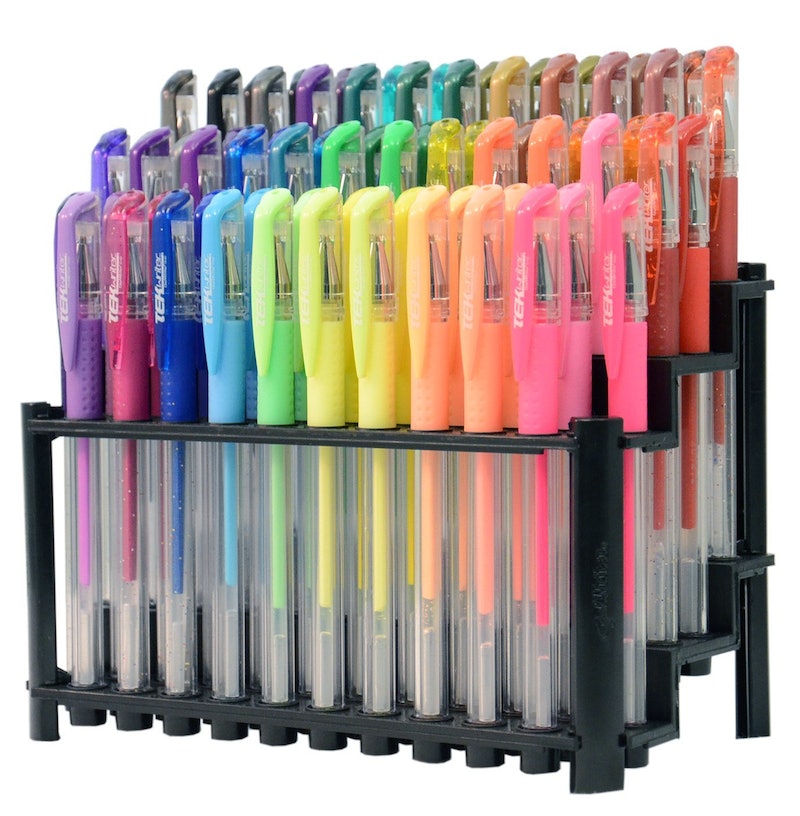 If you are a child of Internet, you probably know by now that Surge has made a resurgence (HA, I’ve been wanting to make that pun all week). Surge, which tastes like someone spiked a Mountain Dew with gasoline, is already sold out on Amazon. This goes to show just how obsessed we are with '90s nostalgia. For some reason, the '90s is all we can think about. What we wore. What we ate for lunch. What we played with. What we wrote with. What made our hearts swell with excitement. Out of all the '90s paraphernalia, what would you like to see come back? Personally, I’d be all about Oreo O’s. Like, who didn’t want to eat Oreos for breakfast? Or maybe Skip-It so that I can exercise AND relive my childhood at the same time. Wait, no. I looked it up on Google, and apparently Skip-It exists again, except it’s called Twister Rave Skip-It. So I guess Hasbro is marketing to all raver children. Good to know. It’s no surprise that so many of us want to see products of our childhood come back. They represented some of the best, most care-free times of our lives. Here’s a round-up of '90s things we wouldn’t mind seeing again:

All I remember is that you shook it, and by shaking it, you earned points. You could hook it on to your belt or pocket, so that you could shake Pikachu when you walked around doing your '90s thang. There might have been Pokemon battles involved too, but who knows.

Moon shoes were basically baby trampolines that you could wear. Which was dangerous, frivolous, and completely '90s.

Whenever I ask someone if they’ve tried Jell-O Cheesecake Cups, they never know what I’m talking about, so I guess I had pretty unique tastes in pre-made desserts. These were amazing though, so I feel sorry for you if you never tried them. Cheesecake cups were just cups of mousse and jelly that tastes like cheesecake.

You were no one if you didn’t have a light up yo-yo that you incessantly swung around all day.

I had a pair of glittery, platform Sketchers that I fiercely loved. Until I didn’t. They were kind of terrible for playing any kind of PE or recess game. During a game of dodge ball, I’m pretty sure I twisted my ankle wearing these bad boys.

Technically, you can make these whenever, but they were such a significant part of my youth, I just had to bring them up. Like, how else would you be able to tell the future besides calling Miss Cleo (and I'm pretty sure she retired)?

There were Gelly Roll pens. And then there were Milky pens that allowed you to create epic visions of pastel, surrealist art.

Dream Phone was like if Clue had a baby with all the soap operas. The goal was to find out which fictional dude had a crush on you, which was super suspenseful, because what if you got stuck with the nerdy guy wearing glasses!? Your life was basically over. For the rest of the slumber party, your friends would treat you like you actually dated that guy.

Because coloring on paper was so passé, and glow-in-the-dark anything basically enhanced any everyday, mundane activity.

What could be better than forming your own insects with goo? For awhile, Creepy Crawler fruit snacks existed too, and they were alarming neon colors and everything a child could possibly want in a fruit snack.

In the '90s, it was cool to use anti-furniture furniture. Like swinging chairs from the ceiling. Or huge bean bags. Or inflatable chairs that came in bright colors.

I guess maybe it wasn’t the greatest idea to eat crunchy pieces of corn starch coated in marshmallow, but we did it anyway.

All I remember is Bart Simpson was advertising the fuck out of this candy, which must have been effective since I remember it 17 years later.

This was a prime example of reverse psychology, because I wanted this sunscreen more than anything, and was incredibly disappointed when I discovered it didn’t actually turn your skin different colors. It was pretty much translucent and blended into your skin right away. What a bunch of liars.