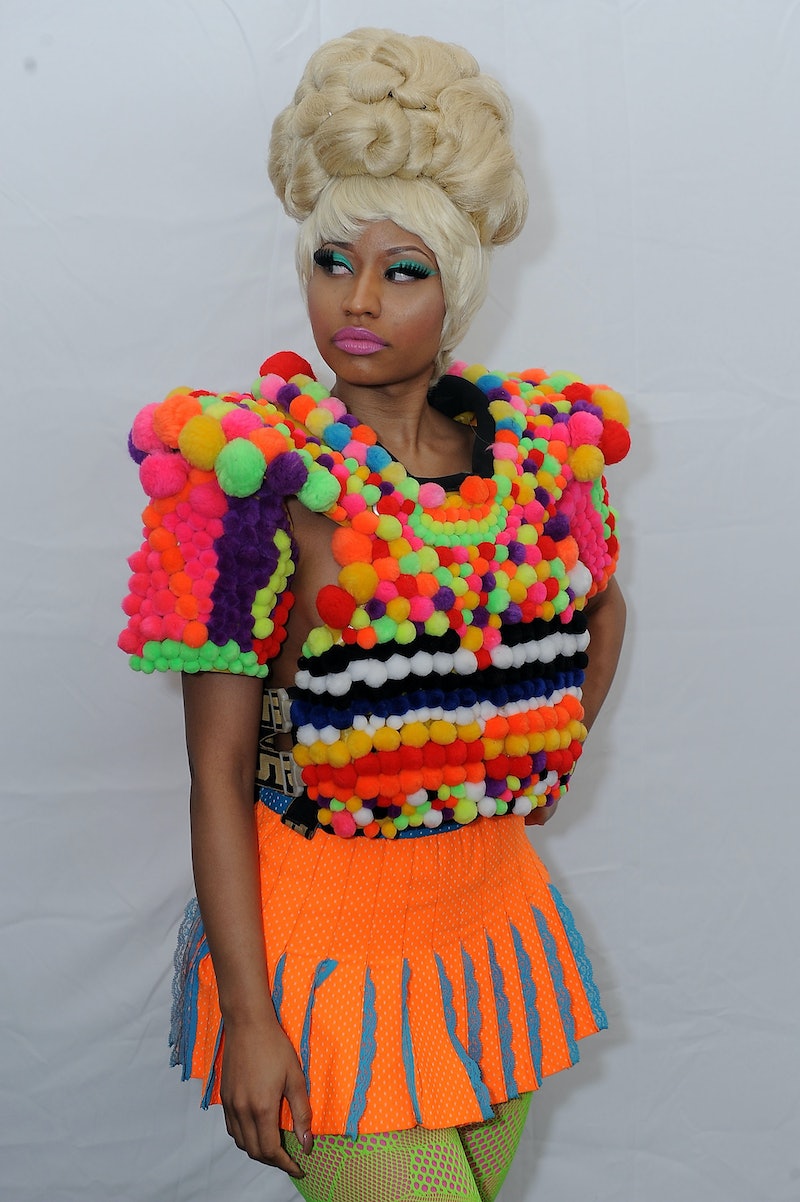 In case you haven't heard, Nicki Minaj’s former hair stylist, Terrence Davidson, sued the rapper for $30 million back in February on claims that she copied his wig designs and sold them online after he quit working for her in 2013. But now, Nicki Minaj's wig case has been closed. For a bit of background on this very odd situation, Davidson used to create custom wigs for Minaj's music videos, performances, and appearances. He claims that Minaj convinced him to back out of a reality show centered around his wigs which could have earned him money thus the multimillion dollar lawsuit. In my opinion, he should really be thanking Minaj since a reality show about wigs sounds boring anyway.

On Thursday, a judge agreed to block the lawsuit, ruling that her wigs are "unique and distinctive in the ordinary sense of the word." Did the judge just call her famous pink wig basic?! No, not exactly. He simply explained that there is nothing special about colored wigs and that anyone has the right and ability to make them. Oh, and apparently this judge is a wigologist or at least a Nicki stan, using knowledge 3 of Nicki’s most famous wigs to emphasize his view. According to TMZ, the judge pointed to "The Pink Upper Bun Wig, The Fox Fur Wig and the Pink High Top Wig." OK, so maybe he's not a hardcore Minaj fan, he just read that super detailed complaint.

I don’t know about you, but I’ve been distracted by Nicki Minaj’s booty all summer so much so that I didn’t even realize that the crazy, colored wigs that used to be her trademark are now a thing of the past. There may still be some hair pieces present, but she is rocking a more natural look these days. She was over this issue before it was even dismissed. And this is biggest shade she could ever throw — making her own trends old news and making any wig Davidson attempts to sell irrelevant.