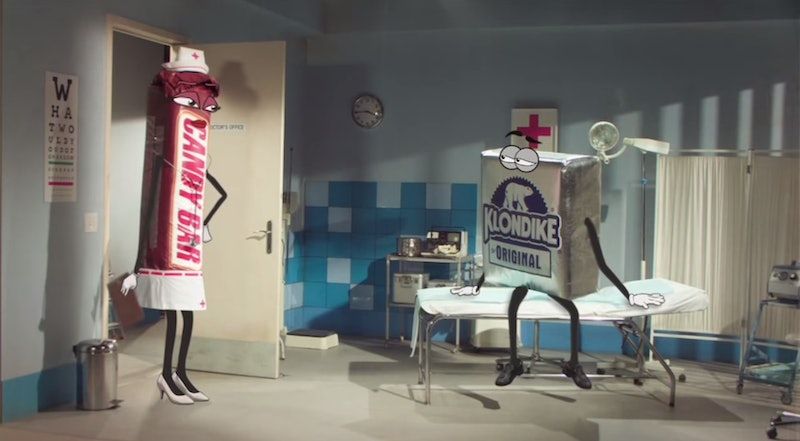 For the past several months, Klondike has been running a TV advertisement in which a burning question is addressed. A question that sex ed never covered: Where do Klondike Kandy Bar babies come from? In the ad, a human man tells a human woman that the box of frozen treats he's clutching with both hands came to be because a female candy bar in a nurse's outfit and a male Klondike Bar sitting on an exam table bought two train tickets to Pound Town. The human woman does not buy this explanation.

The porny commercial is only one part of the Klondike Bar and candy bar's story: Klondike and CollegeHumor joined forces to make an animated webseries about the two characters. Yes, there is a webseries based on the female candy bar and the male Klondike Bar...aaaand their Klondike Kandy Bar baby. The human man was right! A Klondike Bar and a candy bar mated! This is so weird!

Here is the story of how they met (and no, it wasn't at a doctor's office):

And the story of how the second Klondike Kandy Bar baby happened: