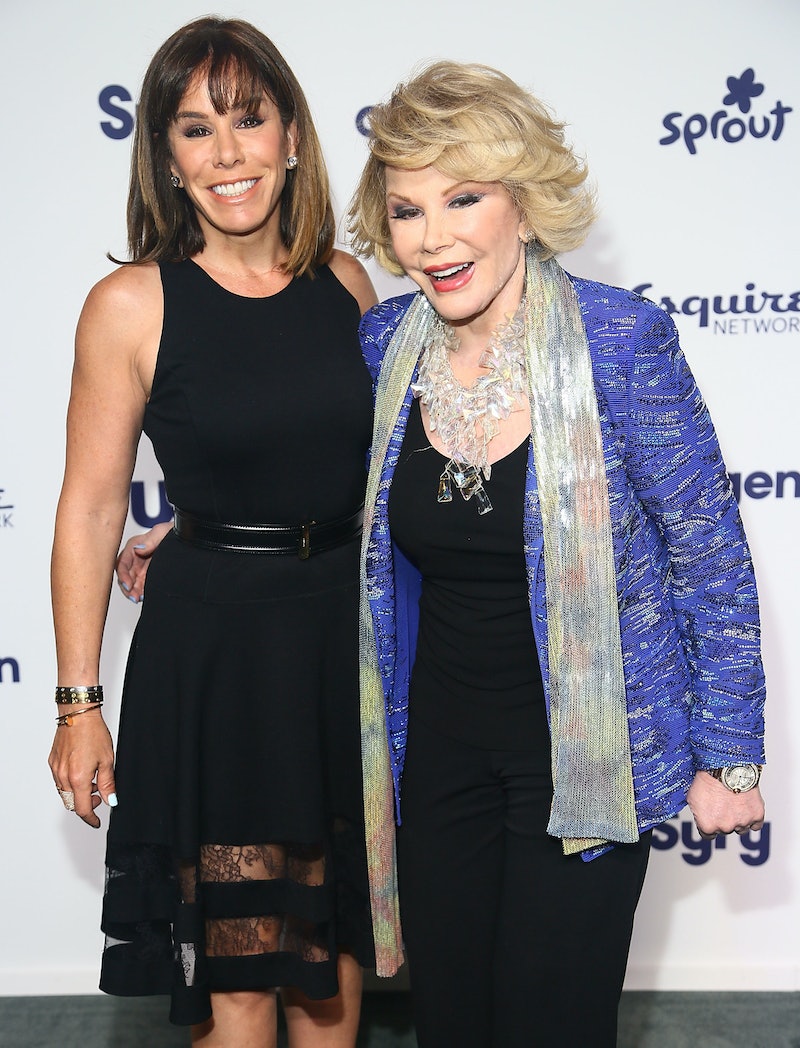 When Joan Rivers passed away on September 4, heartfelt tributes for the late comedienne poured out from celebrities and fans alike. But one voice was notably absent — President Obama's. On the special tribute episode of Fashion Police to celebrate and honor Joan Rivers, though, Melissa Rivers read a statement that Obama sent her personally regarding her mother. It's a departure from the message that the White House gave on behalf of President Obama in the wake of Robin Williams' suicide, which was released as a public statement.

As Melissa Rivers said, the message from Obama was kind and good-natured: "I received a letter from the White House, President Obama, someone who has often been a target of her jokes, as was Mrs. Obama, but I received a handwritten note saying, 'Not only did she make us laugh, she made us think.'" It's a solid sentiment of condolence, acknowledging both Rivers' controversial comedic style and her contribution to progress for female comedians. But should Obama have released a public statement closer to the death of Joan Rivers, like he did with Williams?

Not necessarily. Though it has become the style of the White House to honor celebrities who have passed on, it can't be expected that they will acknowledge every celebrity death. In the case of Robin Williams, it seemed that Obama's message was to provide comfort and healing to those who were shaken personally by the comedian's suicide and to shed hope for his fans that also struggle with depression.

And even though Rivers was also a cultural icon, I don't think that the personal note to Melissa Rivers was in any way a slight from Obama implying that Joan Rivers' death was somehow lesser than Robin Williams'. Sometimes privacy is called for, and Melissa Rivers herself has been largely quiet on the death of her mother, asking for peace and respect from the media so she could mourn.

Obama's brand of celebrity is fascinating — he's the "coolest" president by far, actively participating in social media and pop culture (remember when he slow-jammed with Jimmy Fallon?!). With such enthusiasm for pop culture, though, it's easy to forget that he is, first and foremost, the leader of the free world, and can't be held to oblige some sort of social code when it comes to the death of celebrities.