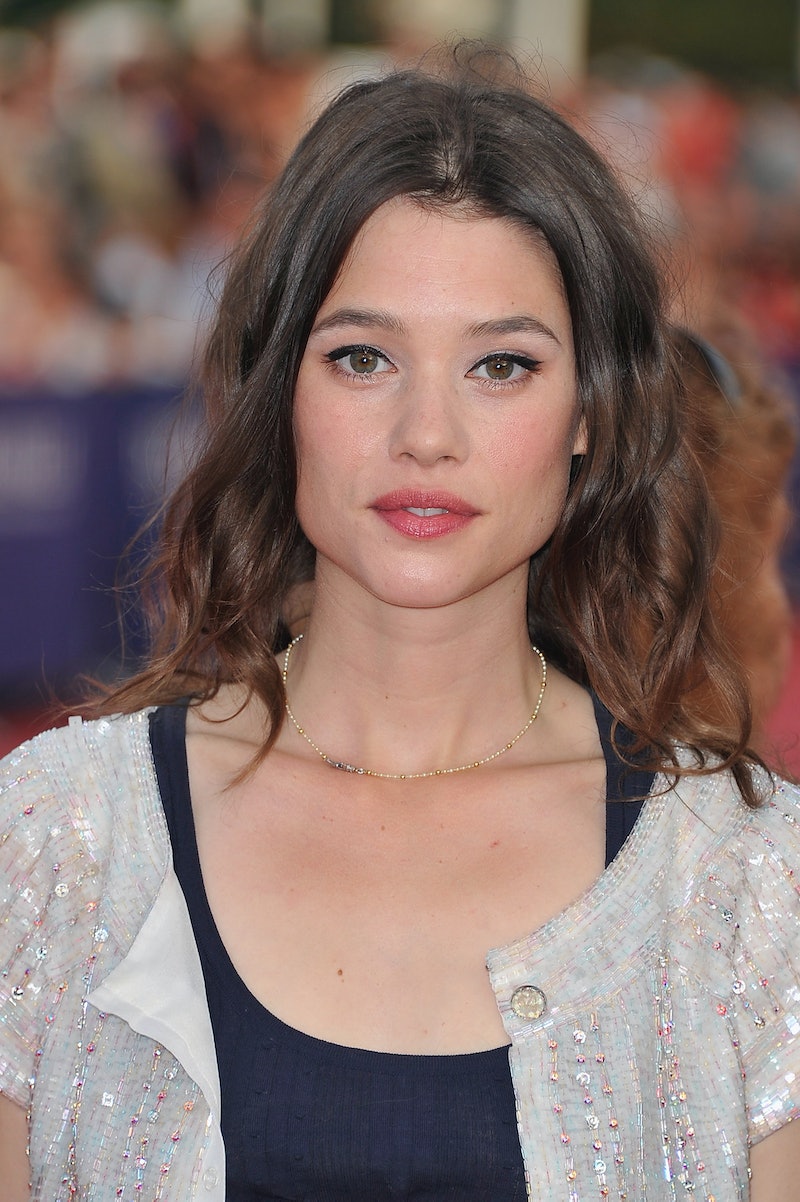 I don't know about you but I'm super excited for Guy Ritchie’s Knights Of the Roundtable: King Arthur film. After speculation on whether Ritchie would even be involved with the film adaptation of the legendary tale, the project appears to be coming together quite nicely. Now I cannot tell a lie — as of now, my main concern is whether Idris Elba will actually be involved in this film, but until that's officially confirmed, I'll settle for some definitively good news that involves a crucial part of the film casting process. After reports that Godzilla and Oldboy actress Elizabeth Olsen was up for the role, it appears that King Arthur has found someone else to take on part of the leading lady. Deadline reports that I Origins actress Àstrid Bergès-Frisbey has been cast to play Guinevere opposite Son of Anarchy's Charlie Hunnam, who will portray King Arthur.

So what's there to know about the up-and-coming actress? For one, she got her start doing French TV, with roles on the series Sur le fil and 2011's The Well-Digger's Daughter. Undoubtedly, Bergès-Frisbey's star will shine a little bit brighter once we bear witness to her big screen portrayal of Guinevere. But in the meantime, here are six interesting facts you should know about her:

She is of French-Spanish descent

Just in case the accents didn't tip you off, Bergès-Frisbey spent her childhood in Catalonia, Spain and the French countryside. She speaks four languages, including French, Spanish, and Catalan. However, she only recently learned English in 2011 for her role in Pirates of the Caribbean.

She didn't always plan to become an actress

Bergès-Frisbey originally set out to study osteopathy, but in the end, the arts won out of over her interest in adjusting bones for a living.

She starred in Pirates of Caribbean: On Stranger Tides.

She is also a model

She's graced the pages of several high-profile magazines, including Vogue Russia. According to a profile in W Magazine, the actress is also "an ambassador for Chanel."

She appears to be a bit of a book nerd

And considering she speaks four languages, she has as a lot of book options to choose from.

She loves the summer

Thanks to Twitter, I'm happy to report I have something in common with Bergès-Frisbey. Basking in the summer sunshine? C'est la vie.Images: Getty Images; ABergesFrisbey /Instagram; maggins/Tumblr