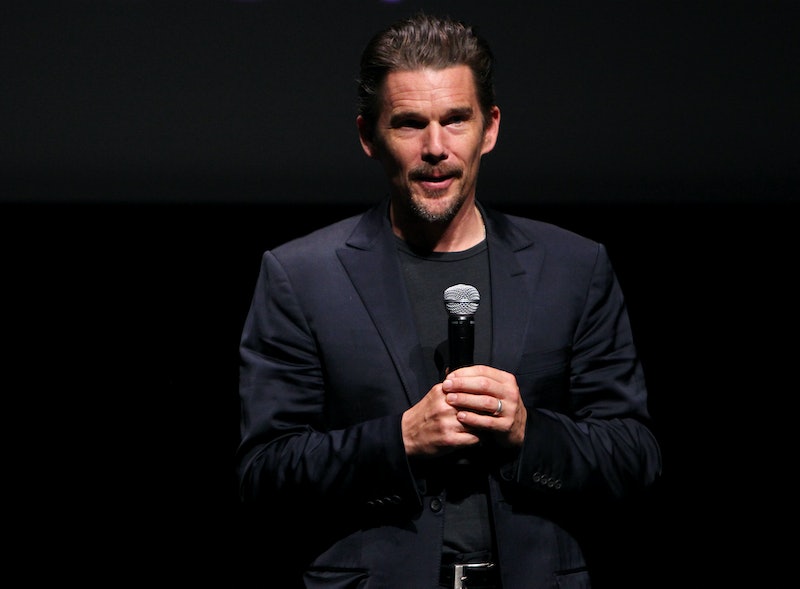 Step aside Jake and Maggie Gyllenhaal, there’s a new set of power relatives in the deep and feelsy drama world, and it’s not who you’d expect. It turns out Laura Dern and Ethan Hawke are cousins. According to The Hollywood Reporter, the star of Boyhood and all of your early-mid 90’s sexual awakenings surprised Dern while attending the Telluride Film Festival with the news that the two are, in fact, related. The relation is linked to Dern’s mother, actress Diane Ladd, who is cousins with famous playwright Tennessee Williams, who is Hawke’s great uncle. Now there’s a cultured Thanksgiving dinner if I ever heard one!

Both stars were in Telluride promoting their current projects. Hawke was premiering his debut documentary about concert pianist Seymour Bernstein, Seymour: An Introduction. Dern, on the other hand, was there to support Wild, which already has early Oscar buzz going for co-star Reese Witherspoon.

There is plenty to uncover in the Hawke-Dern bloodline and, reportedly, the two are planning on meeting up in New York later this year to unearth more about their family tree. Based on the Tennessee Williams relation, I would imagine there’s plenty of drama to unfold. A good old-fashioned separated relatives discovering their family’s torrid and/or hilarious past is Hollywood gold. GOLD, I SAY! Hawke could be planning his own documentary at this very moment. Though I’ve got a few television pitches about where this story could go. Take a look.

A reality TV show in which Laura Dern and Ethan Hawke travel across the country interviewing people about their family ties. The kicker is they have to hitchhike the entire way!

Laura Dern is blindfolded and Ethan Hawke must guide her through a series of physical and mental challenges. If they complete the challenge, a family historian will tell them the truth of their relatives’ pasts!

Laura Dern rummages through Ethan Hawke’s family memorabilia and takes them to antiques dealers. Hawke has to guess their value or the items are sold at auction.

Hawke interviews Dern’s relatives about her ticks and habits and Dern has to guess which relative said what. The prize? TRUTH.