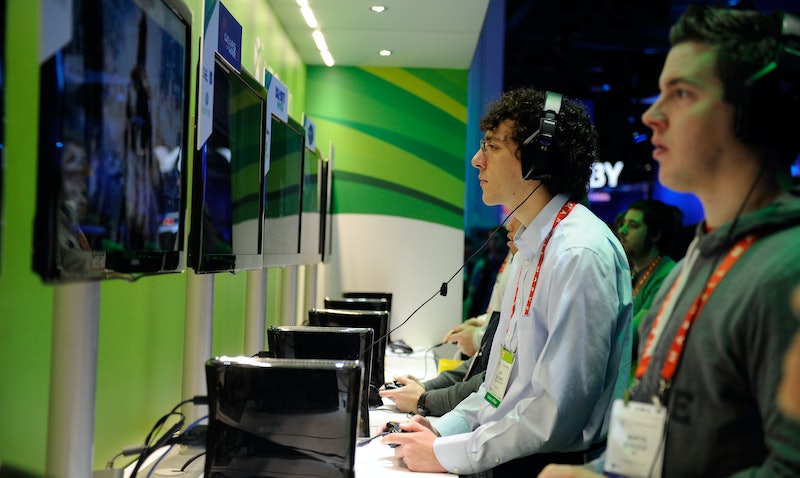 A resident scholar at the American Enterprise Institute (AEI), Christina Hoff Sommers, released a video this week telling feminists that they were overreacting about misogyny in the video game industry. In a very ignorant and misguided statement, she described gamers as "a lively, smart, creative subculture, consisting mostly of tech savvy men from all over the world, but also including a small but distinct group of very cool women" which doesn't sound that bad until she follows it up with "If you love games, they don’t really care about your age, your race, your ethnicity, your gender, your sexual preference. They just want to game.”

There is A LOT of evidence to contradict this statement. Lilian Chen wrote a really cool piece for TED about what it's like to be a female gamer, discussing why the world of gaming is important to her but also why it can be a cruel place. Elizabeth Ballou talks about the lack of female characters in video games or the harsh reality that when they're included, they're often sexualized and objectified, and Mother Jones did a piece called "How Sexist is Your Favorite Video Game?" Clearly, Christina Hoff Sommers, gamers, and the video game industry as a whole do actually care. They care enough, at least, to discriminate.

Watch her full PSA style video where she attempts to back the claim that feminists want to destroy male video game culture.