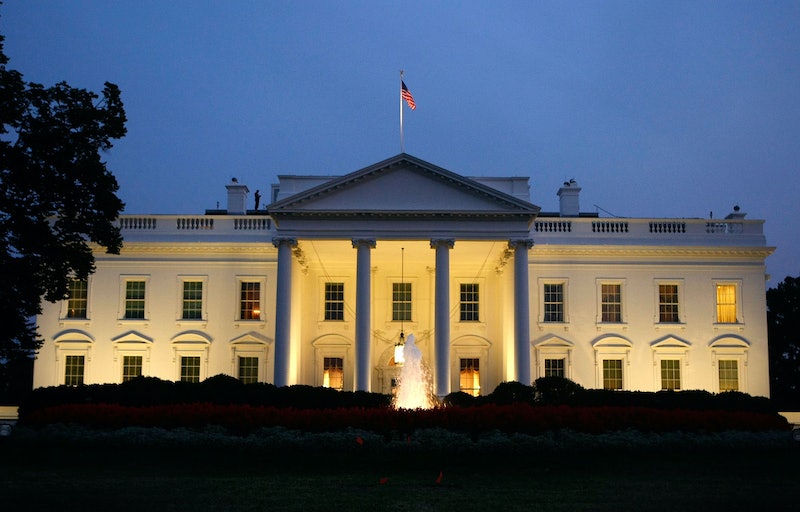 What's the last thing you'd expect to see while visiting our nation's capitol? Try this — a man leaps the White House fence, and sprints all the way into the building before being apprehended by the Secret Service. It sounds a little too bizarre to be true, given the adamant readiness usually applied to White House security, but it happened Friday night, a harrowing breach that's left many people scratching their heads.

It comes as a significant shock, mainly because the White House is one of the most strictly policed areas in the entire country. While the home of the President is always going to be a high-profile target for this sort of thing, on-foot security breaches of this magnitude are relatively rare — people have trespassed onto the White House lawn throughout President Obama's tenure in office, sure, but not to this extent. In April, a hapless toddler who slipped through the gates was quickly returned to his parents by Secret Service agents. Less sympathetically, as well, a big Pikachu fan was apprehended at gunpoint on Sept. 11 after hopping the fence. But fence-jumpers generally never make it all that close to the White House itself, let alone getting just inside it like Friday night's intruder did.

The incident was precariously timed, as well. According to the AP, President Obama had left the White House with his daughters just prior to the breach. Obviously, the potential for a gate-crasher to actually encounter the President is the absolute worst-case, most unthinkable scenario, but this guy seemingly came far closer than most — he reportedly made it through the North Portico doors, the huge entryway that faces out towards Pennsylvania Avenue, before being apprehended.

CNN interviewed former Secret Service agent Daniel Bongino about the breach, and he was forthright in saying that the breach represents a huge mishap for the Secret Service, but one which he expects they'll confront seriously.

I think it is [a failure], and I think they'll acknowledge that. During my time in the Secret Service, one thing I always found really rewarding about working there is they never tried to gloss over their mistakes. Whether it was the Reagan shooting, or the George W. Bush incident in Tbilsi, Georgia, they always acknowledge right away that this was a huge failure, and here's what we're going to do to remedy it.

Hopefully Bongino is right about this, and isn't just sticking up for his old compatriots, because a "huge failure" sounds just about right. It isn't the only such lapse by the Secret Service in the Obama era, either — you might recall that the agency was scandalized back in 2012, when 13 agents were implicated in the use of prostitutes while ostensibly handling security for a President Obama trip to Colombia.