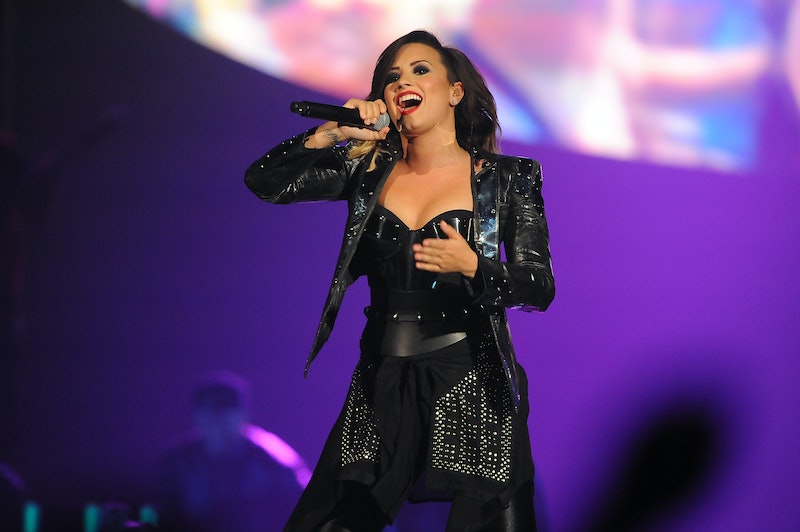 In recent years, Demi Lovato has been greatly known for her philanthropic work, and mission to uplift and inspire her millions of fans with various messages and charity causes. So, of course, it was really no surprise when Demi Lovato announced she’d be taking an inspirational speaker on her world tour in an attempt to bring happiness and inspiration to all her fans who attend her her upcoming shows. It's a different sort of opening act, and an awesome one at that.

Lovato, who met the inspirational speaker Spencer West while she was on a trip in East Africa, posted a video of her journey with West to her public Facebook page, along with a caption announcing the decision: “This is a different kind of tour and one of the things that makes it so special is my friend, Spencer. I’m so honored to have him on tour with me, sharing his beautiful and empowering message with all of us.”

And empowering his message is indeed. When West was only five years old, he lost both of his legs from the pelvis down — the result of a rare disorder called sacral agenesis. It didn’t stop him though from becoming, as he puts it, "a warrior," throughout the rest of his life, and he even summited at Mount Kilimanjaro, raising half a million dollars for Free the Children.

The video, in full:

Having met West through Free the Children, and learning all about his inspirational journey, Lovato has invited him to speak as the opening act to her performances during her world tour. Lovato was fantastic already, but this surprise addition to her tour is by far one of the sweetest things she has ever done.

The 22-year-old singer is already a major role model for her fans, and still, she continues to show just how important it is for people to try to make a difference in the world. Rather than having a musical act as almost every other artist does, she’s instead using that space to help educate others about the world and the people around them.

And what’s more inspirational than that?