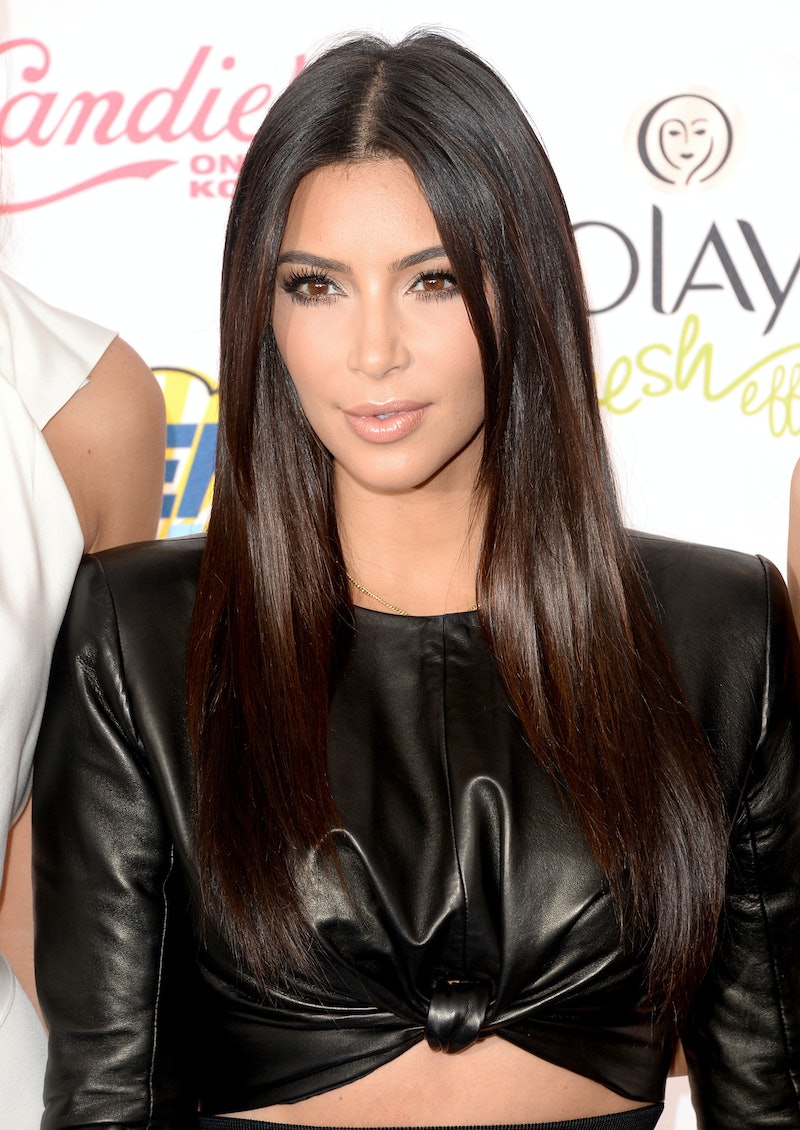 This is horrible. According to Uproxx, another celebrity nude photo hack took place early Saturday morning resulting in naked photos of Kim Kardashian, Vanessa Hudgens, and Olympic soccer player Hope Solo being publicly posted onto the website 4chan. Reportedly, Lake Bell, Aubrey Plaza, Hayden Panettiere, and Leelee Sobieski were also amongst the other intended targets. Thankfully, in accordance with the site's updated copyright infringement policy, the photos have already been removed, but this is still a disappointing and major invasion of female celebrities' privacy — again.

It seems that now would be a good time to remind everyone of that Emily Best hashtag #ImNotLooking, which perhaps now needs to be updated to #StillNotLooking considering the disgusting hackers are clearly still at it. But seriously — the fact that these photos are being posted is, once again, a major invasion of the privacy that these women have a right to, and clicking on them is only perpetuating and supporting what is really a sex crime that deserves to be condemned and punished by the proper authorities. It's just sad that this continues to happen, and female celebrities continue to be targeted simply because their careers put them in a very public position within society.

This latest photo theft comes a mere three weeks after someone posted nude photos of Jennifer Lawrence, Kaley Cuoco-Sweeting, and Kirsten Dunst — along with several other female celebs — without their consent. That incident remains under investigation by the FBI, and based on the fact that the perpetrator of the first hack boasted about having a list of nude celebrity photos including these women, both leaks appear to be connected.

It's also worth mentioning, as has been reiterated time and time again: Partaking in blaming the victims is just as bad as clicking the photos themselves. No one targeted in this attack or the previous one deserves this type of privacy invasion, and they should not be shamed for having their personal photos stolen by a faceless, disgusting troll.

A representative for Kardashian reportedly gave no comment, while reps for Hudgens and Solo have not responded as of yet.