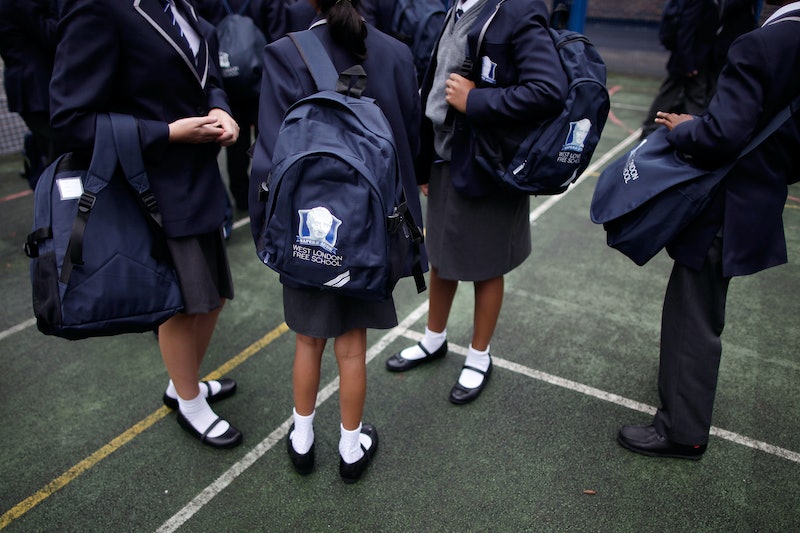 The objectification of women is painfully apparent when survivors of sexual assault are accused of creating the circumstances surrounding their attack. But more hideous still is the use of women as pawns in order to invite an assault. In Madison County, Alabama, an almost unspeakable crime has been committed against a special needs teenager — in January, 2010, a 14-year-old girl was raped after being used as bait in order to catch an alleged sexual predator, a 16-year-old boy. Four years later, the incident is finally being brought to light after the Department of Justice and Department of Education filed an amicus brief on behalf of the girl's family.

The events leading up to the alleged rape are almost too absurd to be believed. A week before the girl was attacked, Jeanne Dunaway and Teresa Terrell, both vice principals at Sparkman Middle School, were told that the accused perpetrator had "touched a female student inappropriately." As a result, he was briefly suspended, but allowed to remain in school.

Not an isolated incident

This was not the first time that such complaints had been leveled against the boy. In 2008, he hit a fellow student, and in 2009, was suspended for "sexual harassment." Later that year, he offered to pay another student to physically attack a girl, and also groped a girl on the bus. All told, he was disciplined 15 times for "violent or sex-related proven incidents of misconduct before the alleged rape," according to the brief.

However, administrators claimed that there was insufficient evidence to require more close monitoring of his actions, and he was largely allowed to continue his behavior without any serious repercussions. This all came in spite of the fact that June Simpson, a teacher's aide, told principal Ronnie Blair that the 16-year-old "repeatedly tried to convince girls to have sex with him in the boys' bathroom on the special needs students' corridor."

According to the DOJ and DOE, the boy actually managed to have sex with one student, though both parties involved denied the claim. As a result of these disturbing accusations, Simpson suggested "constant" monitoring of the boy, but because he had never been "caught in the act," he could not be punished.

In a desperate and unbelievably ill-conceived attempt to catch the alleged sexual predator in the act, Simpson to make a 14-year-old special needs girl the sacrificial lamb in order to implicate the boy. On January 22, 2010, the boy propositioned sex to the girl, something he had done recently and repeatedly, according to the brief. She immediately denied his advances and reported the issue to Simpson.

Simpson, apparently believing in a very specific and repulsive sort of vigilante justice, decided to take matters into her own hands. Rather than addressing the girl's concerns and attempting to keep the two apart, Simpson instead encouraged the girl to bait him into having sex with her.

The brief states that Simpson "suggested that (the girl) meet (the boy) in the bathroom where teachers could be positioned to catch him 'in the act' before anything happened. (The girl) initially refused, but then acquiesced."

Simpson did not keep her plan to herself, and in fact let fellow administrators, including vice principal Dunaway, in on the attempted sting operation. None of the adults who were told about the plan made any attempts to stop it.

Where it went wrong

The plan went horribly awry. After the girl left Dunaway's office, having the full administrative green light to move forward with the scheme, she told the boy that she would "agreed to meet for sex." But whereas the boy's modus operandi was to go into the boys' bathroom on the special needs section of the school, he changed his normal procedures, and instead asked her to rendezvous in a different bathroom. There was, of course, no teacher there to stop what happened next.

Eric Artrip, the attorney representing the girl and her father, told CNN,

She stalled for time. She continually tried to fight him off but ultimately was anally raped by this young man. It was evident that this had been a severe trauma for her.

Results from a rape kit found that there was "evidence of trauma consistent with (the girl) being sodomized."

After being confronted with these results as well as photographic evidence of the assault, the brief states that vice principal Terrell "testified that she didn't know whether (the girl) had consented to the assault." Vice principal Dunaway, who tacitly approved the plan, said that once the girl entered the bathroom, she was responsible for herself. Dunaway later became the principal of an elementary school.

The girl, who stopped speaking after the rape, did not present a viable enough case for charges to be pressed, and the attack was downplayed by administrators to nothing more than "inappropriate touching a female in boys' bathroom." The girl moved away following the incident. The boy was suspended for less than a week, and returned to the school 20 days later.

That school administrators were not only aware but also contributed to the rape of a 14-year-old girl is almost beyond comprehension. The girl's family is suing under Title IX, which "makes a recipient of federal funds, here, the school district, 'liable for [its] deliberate indifference to known acts of peer sexual harassment." The Women's Law Center, along with 32 national and local organizations, has also submitted a brief on behalf of the family's lawsuit.

While the case is finally receiving the attention and judicial support it deserves, the idea that a teenager could be used as bait is still beyond all human dignity. There seems to remain a disturbing notion that women are not people, or at least, do not need to be treated as such. And in this sickening case, I can only hope that justice is served.