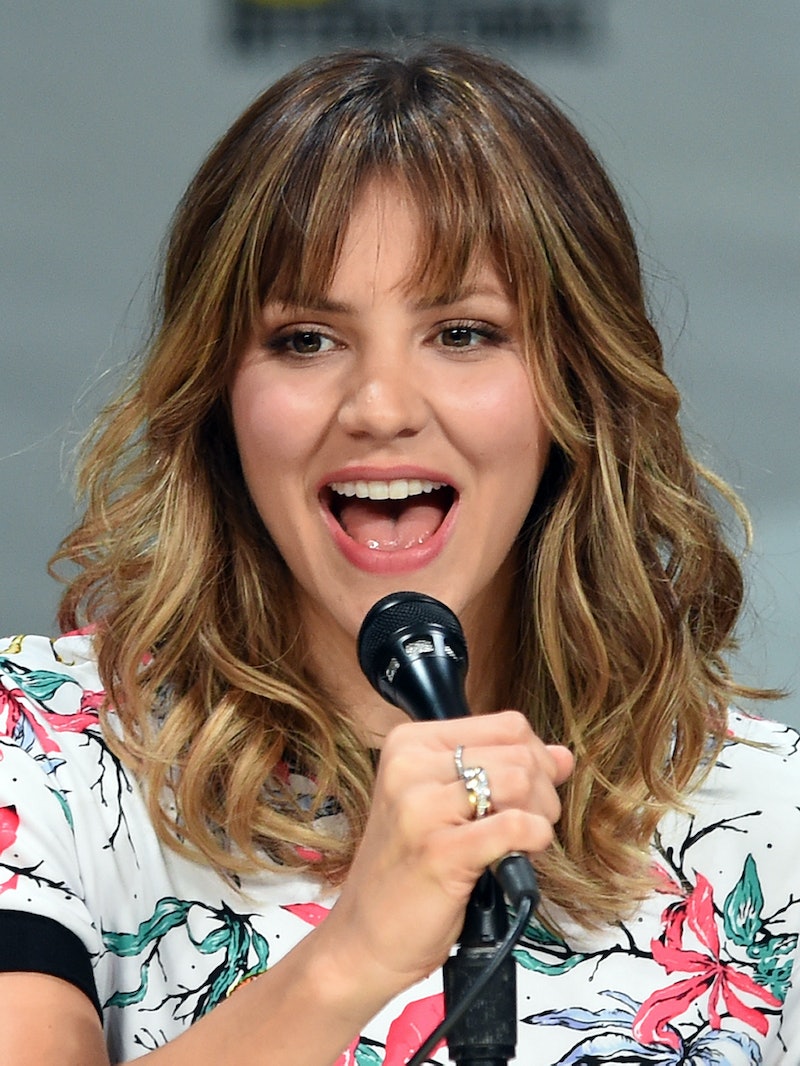 Before there was The House Bunny or Smash, there was the "McPhever." Katharine McPhee, star of CBS' upcoming Scorpion, seems to be focusing on her acting career, but once upon a time, when America still watched in droves, she was giving the salt-and-pepper-haired Taylor Hicks a run for his money on the fifth season of American Idol . McPhee will be hanging up her microphone this fall to play Paige Dineen, a waitress whose nine-year-old son turns out to be a genius, but thanks to the power of YouTube, we can still hear her smash-ing (sorry) voice whenever we want. Here are some of her greatest American Idol moments.

McPhee was runner-up to Taylor Hicks (never underestimate the power of the "Soul Patrol") on the fifth season of American Idol in 2006. The season received the highest ratings in the show's history and McPhee's first self-titled album was number two on the Billboard chart upon its 2007 release. Other notable alumni from Season 5 include Kelli Pickler, long-hair-don't-care Ace Young, Paris Bennett, and the subject of one of the show's most shocking eliminations, Chris Daughtry, who came in fourth place.

Check out this blast from the past! McPhee got the whole shebang when she auditioned for the show in San Francisco, meaning the AI producers liked her backstory enough to film her house and vocal teacher Mama. McPhee even gives us an enthusiastic read of the note her mom slipped in her back pocket before she went to sing for the judges ("Katharine [dramatic pause], your voice resonates from your soul, how truthful, easy, and glorious. HAVE A BLAST"). The then-21-year-old sang Billie Holiday's "God Bless the Child" (3:52 for a closeup to Paula Abdul's enamored face). Simon's first response? "That was absolutely fantastic." McPhee was so overwhelmed with the judges' praise she started tearing up right then and there. Best moment: Simon tells McPhee "you're very current" and she just blubbers "CURRENT." Hello, Hollywood!

After all the judges' lovin', McPhee was feeling the pressure ("What if I was just having a good day?"). That clearly wasn't the case after she belted out Dionne Warwick's "I'll Never Love This Way Again" for the first round of Hollywood week. Paula even does one of those "praise the lord!" hands-in-the-air moves that show she's really feelin' this. Katharine forgot the words during her group performance of "I Can't Help Myself (Sugar Pie Honey Bunch)," but sailed back into the judges' good graces, and the semifinals, with a rendition of "My Funny Valentine."

Bathed in mood lighting, McPhee busted out the showstopping "Who Wants to Live Forever" for Queen Week and erased all memories that she had been in the bottom two weeks prior. Simon called it one of the best performances of the night.

McPhee pulled out her best knee-dancing-on-stage moves for a rendition of KT Tunstall's "Black Horse and the Cherry Tree." The challenge was to sing a song currently on the Billboard charts, proving that Simon's prediction at her current-ness was right after all.

There are some American Idol contestants that have that "moment." That performance that makes you finally stop and think, "oh shit, this person is really talented." McPhee channeled queen of the moment Fantasia's "Summertime" performance when she sat sprawled on the stage for a performance of Judy Garland's "Somewhere Over the Rainbow," forever making us feel sorry for any future contestants who attempted the song. Randy said it best when he declared "FINALLY, this is what I've been waiting for." Simon called it the single best performance of the competition.

So while it seems we won't get to see any showstopping performances from McPhee on Scorpion, at least we can look back at her American Idol performances to remember how she first grabbed our attention.