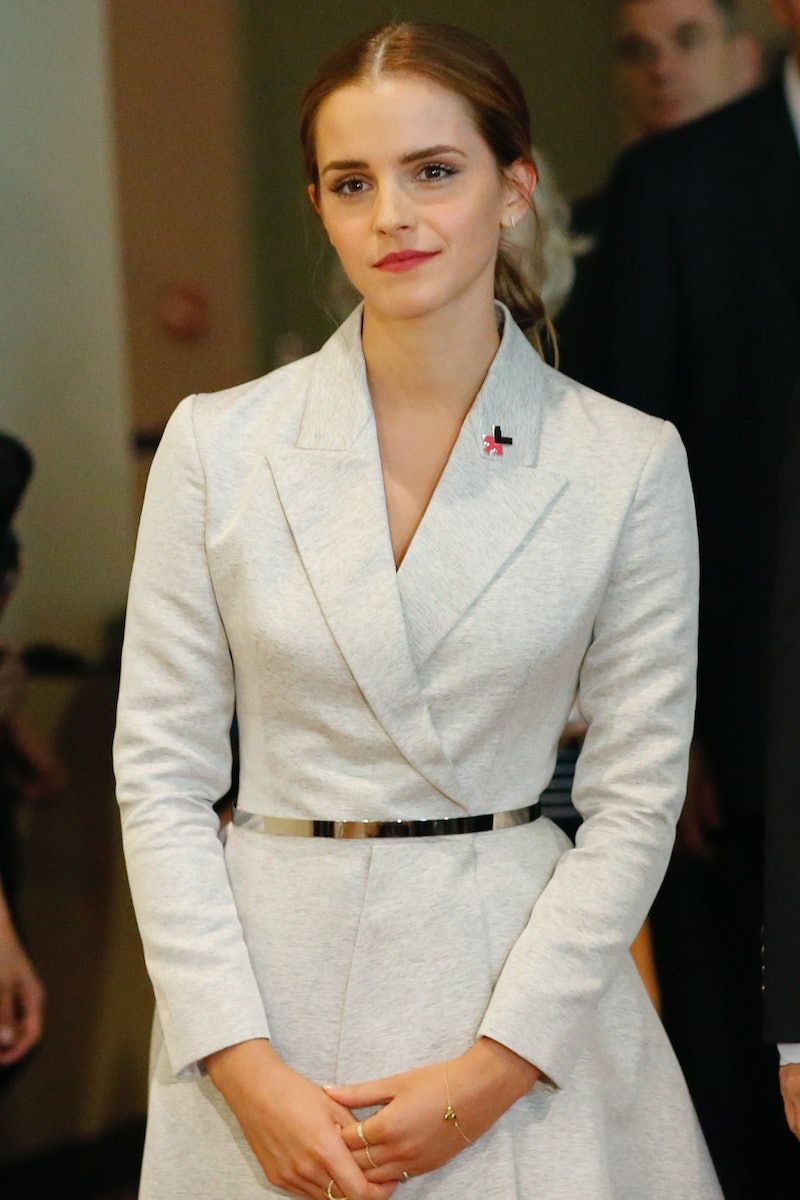 If you weren’t already obsessed with her for not only being Hermione Granger but for also being the classiest lady around, your favorite Harry Potter actress has done it again. After recently defending her fellow female celebrities who fell victim to a recent major nude photo leak, and becoming a goodwill ambassador for UN Women in July, Emma Watson promoted her new campaign, HeForShe, at the UN Headquarters on Saturday.

Fighting for gender equality, Watson’s campaign calls upon men to rise up and stand with women in this movement. As stated on the HeForShe website, it “is a solidarity movement for gender equality that brings together one half of humanity in support of the other of humanity, for the entirety of humanity.” To all the men out there who may be confused, she’s talking about you.

Watson relayed the details of her campaign before all those in attendance with a powerful speech about feminism and how everyone, men especially, need to participate in promoting gender equality if they want to see change:

We want to try and galvanize as many men and boys as possible to be advocates for gender equality. And we don’t want just want to talk about it, but make sure it is tangible.

I was appointed six months ago and the more I have spoken about feminism the more I have realized that fighting for women’s rights has too often become synonymous with man-hating. If there is one thing I know for certain, it is that this has to stop.

For the record, feminism by definition is: “The belief that men and women should have equal rights and opportunities. It is the theory of the political, economic and social equality of the sexes.

Watson also went on to say:

If we stop defining each other by what we are not and start defining ourselves by what we are — we can all be freer and this is what HeForShe is about. It’s about freedom.

I swear, I just got chills down my spine. Spoken like Beyonce’s prodigy — if they’re not already best friends, they should be — Watson has drawn attention to something that I feel has completely gotten lost and confused during this battle for gender equality: the term feminism.

With anti-feminist blogs on the rise and some men who say it’s not possible for them to be a feminist, it appears that Watson’s speech came at exactly the right time.