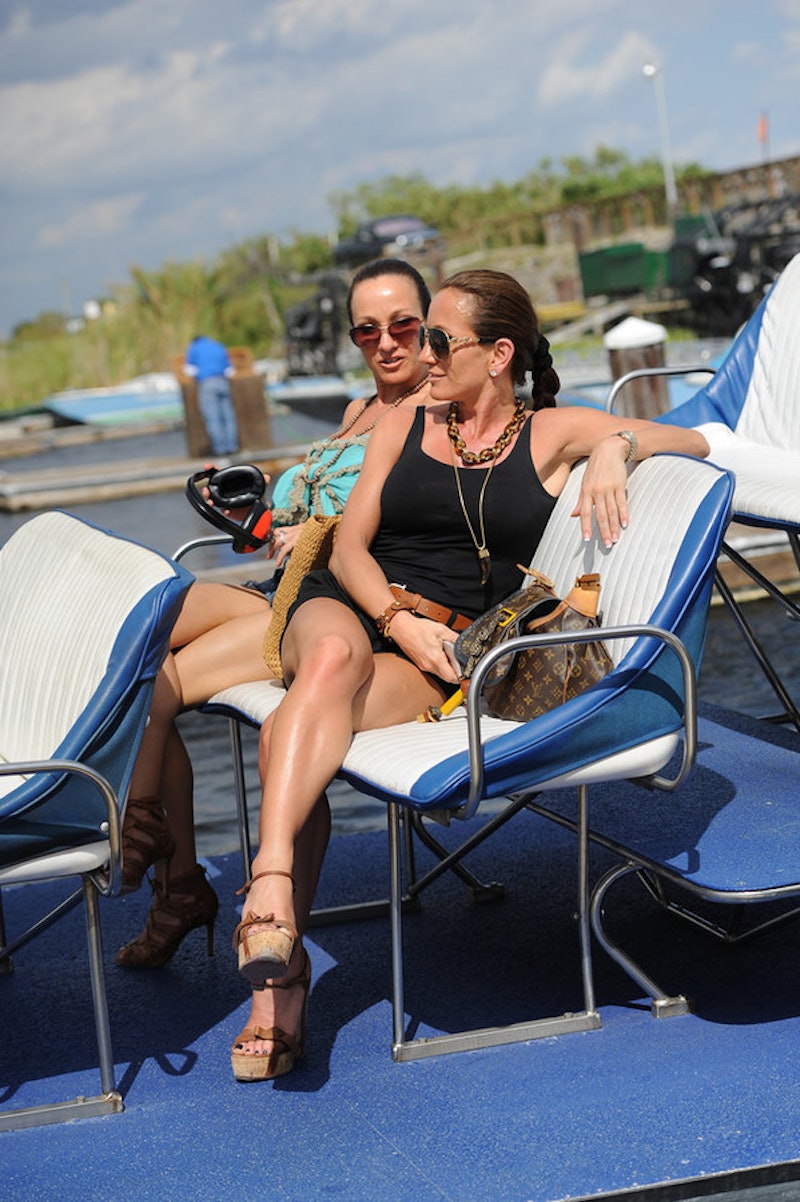 It really seemed like this Sunday’s episode of The Real Housewives of New Jersey was leading up to a confrontation between Dina, Teresa Aprea, and Nicole, after Dina told the twins about a rumor the other ladies heard about Rino, Teresa’ husband, having an affair with her mother. But it turned out to be a fakeout, and the big fireworks were saved for next week’s show. It’s twin versus twin now, as Nicole is willing to throw all the cards on the table and deal with the rumors point blank, while Teresa doesn’t want them to spread any further and claims not to care what it is — she doesn’t want to know.

And while there’s no real reason not to buy what Teresa is saying… there’s this weird feeling that she actually knows what this is all about. It doesn't mean the rumor is true, but maybe Teresa somehow knew the story was being spread. When talking to Dina outside, she asked whether the rumor was about her or about someone else in her family. When Dina responded that it didn't have to do with her directly, her demeanor changed in an instant and she clammed up, claiming that she didn't want to know and didn't want Dina to talk about it.

But if she really didn’t care, then why wouldn’t she want to know, just to prepare herself for what Amber and Jim would bring up when they joined the rest of the Housewives on the trip? Why would she be so OK with Rino wanting to stay home and avoid the Jim drama? It feels like she already had a guess that Dina had heard about this affair rumor (be it truth or lie) and didn’t want it to appear on camera. She certainly emphasized “I know” when she was talking to Nicole about why she didn’t want Dina to say anything.

Fans of the show took to Twitter to share their opinions of tonight’s episode, and while most agree that the rumor Victoria Gotti spread was pretty off-limits, that the way Teresa acted implied that she might know more than she's letting on.

Whether Teresa knew what Dina was talking about or not, a fight seems likely when the boyfriends/husbands and Amber and Jim arrive, whether it's about this rumor or one of the many others tossed around this season.