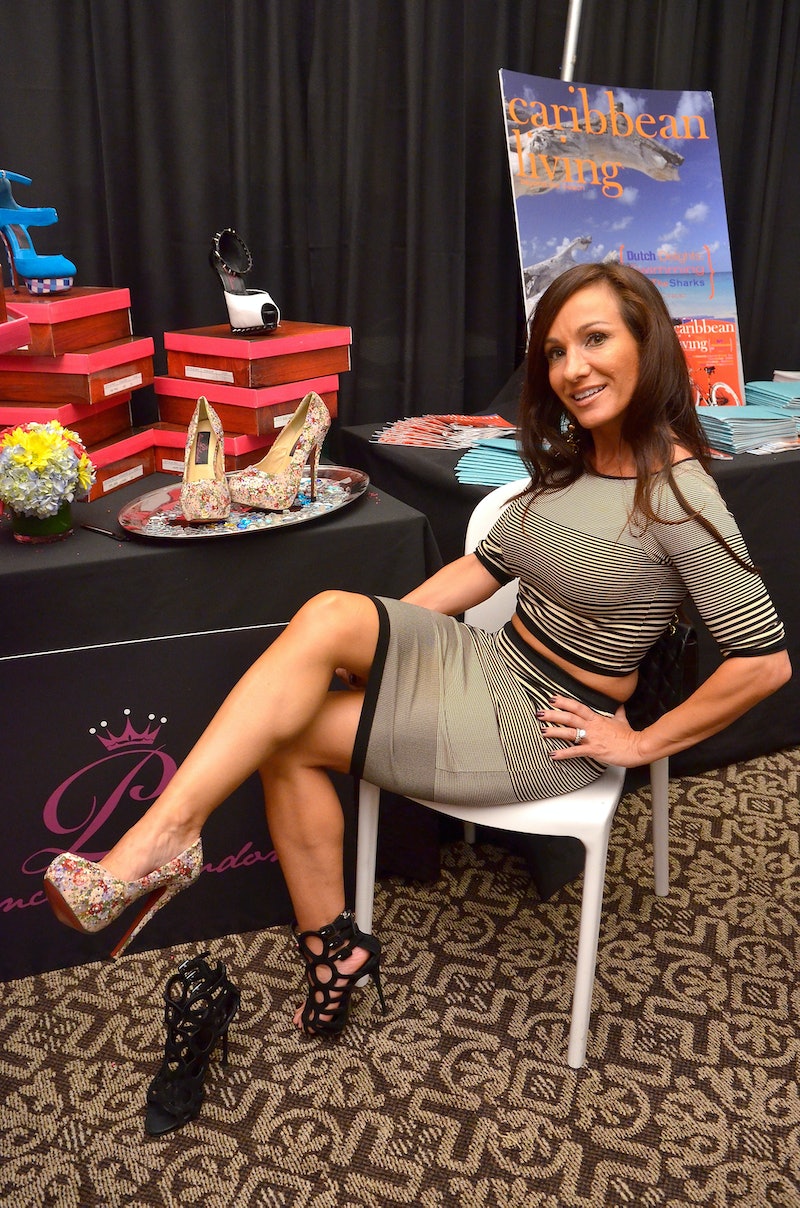 Bravo really hit the reality TV jackpot when they cast Teresa Aprea for Real Housewives of New Jersey Season 6. Not only were she and her sister Nicole Napolitano drawn into the other Housewives' drama almost immediately, but now they're bringing so much family drama of their own, it almost puts the Giudice/Gorga clan to shame — almost. Of course just because their drama is getting a lot of attention, that doesn't mean it's true. The big rumor flying around this season is that Teresa's husband Rino slept with her mother, Santa, leading to their divorce (the pair has since remarried). It was started by Victoria Gotti, who told Teresa Giudice and Amber Marchese that she heard it from Rino himself back when he and Teresa were divorced. It's currently making the rounds throughout the cast, and the Aprea family is not happy about it.

When the episode featuring Victoria first aired, an unnamed source told Radar Online that it was indeed true, and Rino and Santa actually slept together multiple times. However Teresa has denied the allegations, first on social media and in her Bravo blog. Teresa retweeted people who addressed the rumors and posted a passive-aggressive quote to her Instagram account. On Aug. 25, she wrote the following on her blog about Victoria's conversation with the other Housewives :

This scene was nothing but a total lack of respect -- filth and lies. Shame, shame, shame on anyone involved. My family, my blood, my mother, my father, my sister, my nephews Anthony and Joey, my husband Rino, and my son Giovanni are my world, my loves, and my life. And so help me God, anyone that tries to hurt or destroy any one of them… All I will say is there is God, and karma is a bitch. So beware, because everyone will get served exactly what they deserve, while I sit back peacefully.

Clearly, she's pissed. Then in this Sunday's episode, Teresa Giudice shared the rumor with Dina Manzo, and previews for future episodes of RHONJ have shown that if the show ever actually gets to the Florida trip, Jim Marchese will confront Teresa Aprea about the rumor directly — and not very delicately.

Jim has been a huge instigator this season, so it's not surprising that he was the one to finally bring the rumors to Teresa's attention. And according to Us Weekly, he's the one that has really pissed off Teresa's family. Teresa told the magazine, "He's a liar. If anyone in their right mind thinks I would be with a man that slept with my mother or that I have a mother that would sleep with my man, they are sick." And if that's not enough of a denial for you, Teresa also said that her mother is ready to sue Jim for slander.

It's unclear how Victoria escaped Teresa's wrath for being the one to start the rumor in the first place, but if anyone has to take the fall, I'm glad it's Jim. He's done enough this season, maybe this will help him learn when to keep quiet.