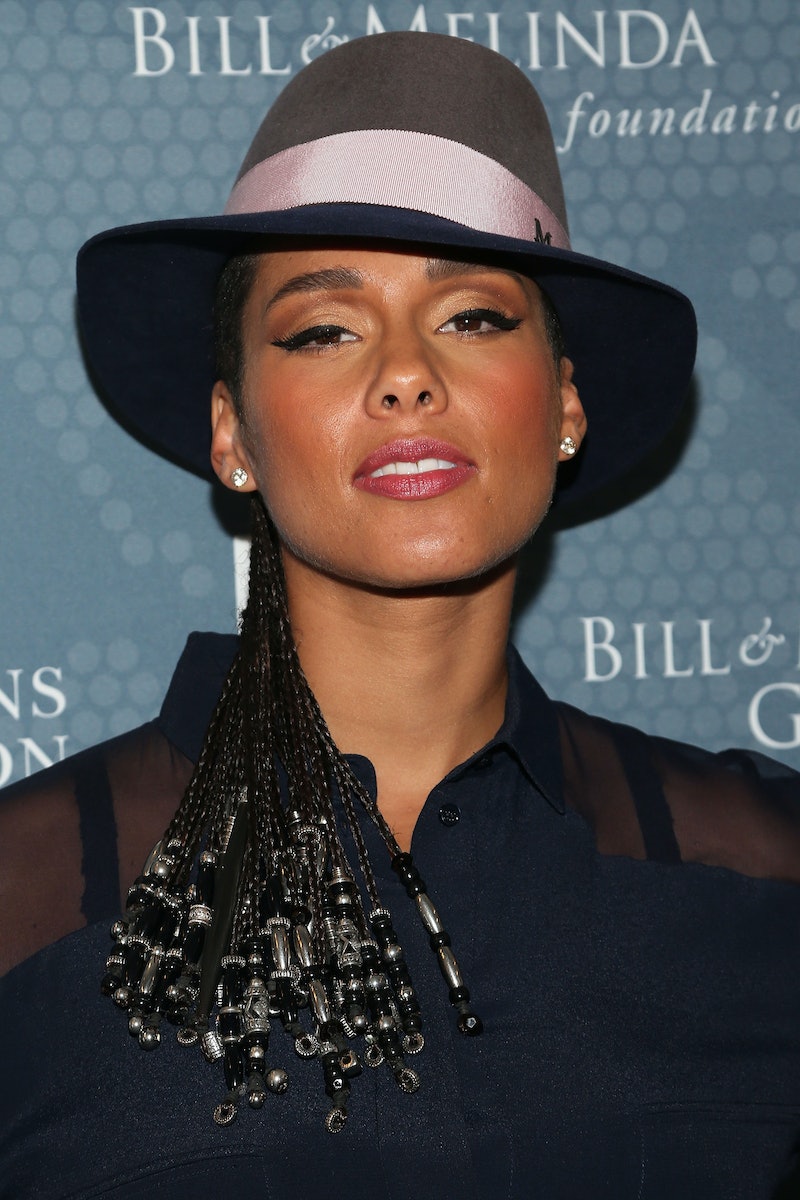 This is one nude photo you should be looking at. Alicia Keys shared a nude photo of her bare baby bump in an effort to draw support for her favorite aid groups. Her choice to voluntarily go naked is even more powerful in the wake of the celebrity nude picture leak. How stars share their body is up to them, and with the leak they didn't get to make that choice. But Keys' intention was to have you look, and in giving her consent she is sharing a piece of herself with the world all for a good cause.

Inspired by her unborn child, Keys wants everyone to work together to create a better future. She encourages her fans to support 12 specific activist groups which advocate for everything from gay rights, to global education, to supporting children in war torn areas. A full list of her organizations can be found in the Nicholas Kristof's New York Times op-ed where he details Keys' plans to create an army of supporters for human rights causes.

In the picture, which Keys posted to Instagram, her pregnant belly is painted with a white peace sign and her caption reads, "It’s you and me on a mission to create a kinder and more peaceful world." In the op-ed she explained why she shared such a revealing picture. "It’s time to get people’s attention ... People won’t be able to ignore this visual."

The whole initiative is part of Keys' We Are Here Movement, for which she has even created an original song called "We Are Here" that delivers "a worldly message that addresses current political and sociocultural issues from Harlem to Gaza." In addition to the song, Keys has donated a million dollars to be spread throughout the 12 organizations. Keys has also started planning the next steps of her activism which "will include petitions, rallies, protests and public awareness efforts, as well as fund-raising."

“We’re in the same head space. We think the same things," she said. "This is bothering us, so how can we take that to the next step and do something about that, as opposed to just being angry?"

It's a pretty impressive initiative for the singer to spearhead, and a really constructive one. So if you or anyone you know, feels compelled to Google the leaked nude photos, instead look at Keys' picture. It represents a wider message for positive change, and most importantly, she has given her consent.