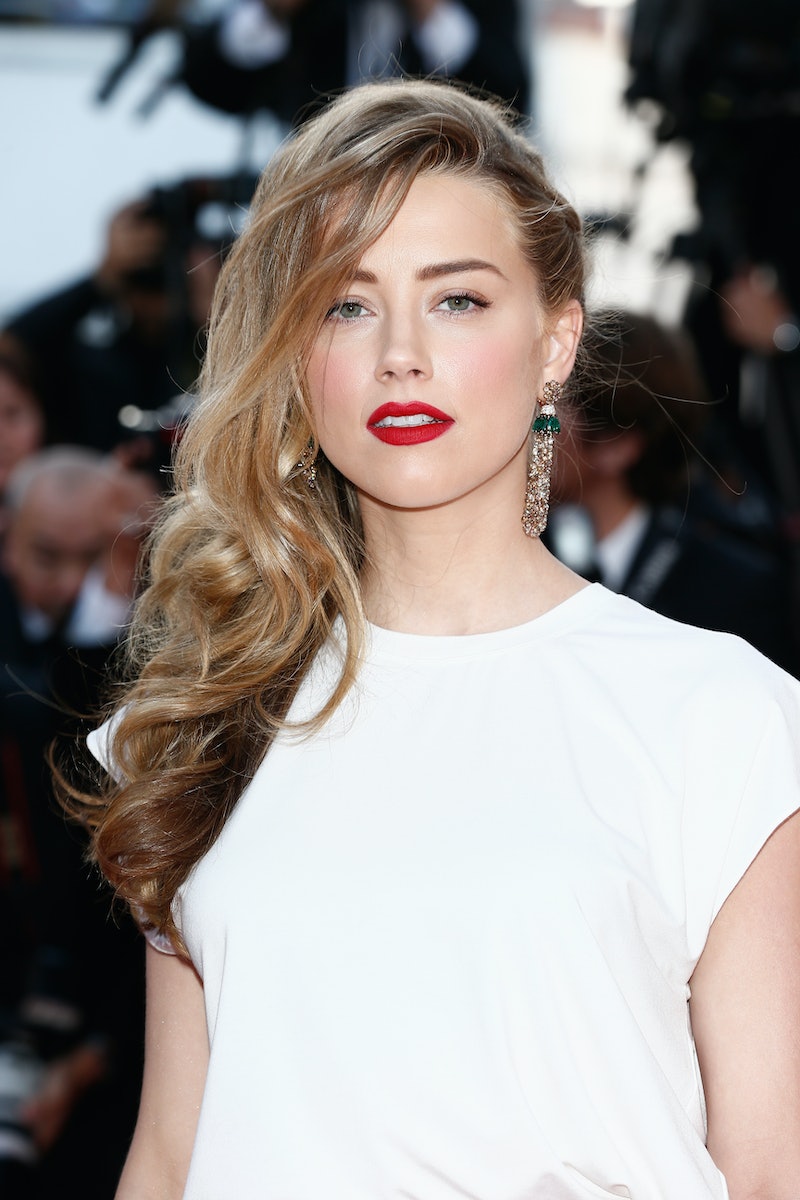 It's the horror story that wouldn't end for celebrities and feminists alike, and now Amber Heard has fallen victim to the nude photo hacker. Round two of the celebrity photo leak keeps growing with photos of Rihanna, Vanessa Hudgens, Kim Kardashian, and more being shared on the website 4Chan and quickly disseminated around the Internet. On Sunday, Heard joined the rest of those women when she had more than 50 private pictures leaked. According to TMZ, it's the largest leak so far. The actress has yet to respond to the massive invasion of her personal life, but Us Weekly was quick to note that in 2011 Heard told Collider magazine, "I've always been a private person ... I've always valued my private life."

But even if you're the world's most open celebrity, this kind of situation is terrible and it's a sex crime. Whoever took the photos was intentionally stealing and many involved, like Jennifer Lawrence and Kate Upton, have threatened legal action against people posting the nudes. TMZ says they contacted the FBI and were told that an investigation is still ongoing, but it's so frustrating that every day it seems a new woman is targeted by these hackers and nothing is being done very quickly.

At least we all can do something and not go looking for the pictures. As Lena Dunham noted during the first mass leak, sharing your body is a choice and looking at these hacked photos disrespects the women targeted.

It's a shame to see Amber Heard, another powerful woman, be attacked in this way and I hope this hacker is caught before any more people fall victim.

But here's some good Amber Heard news worth talking about: She's going to be a leading lady in Magic Mike XXL. It's important to remember that all these women are much more than their leaked photos, so let's stay focused on that.