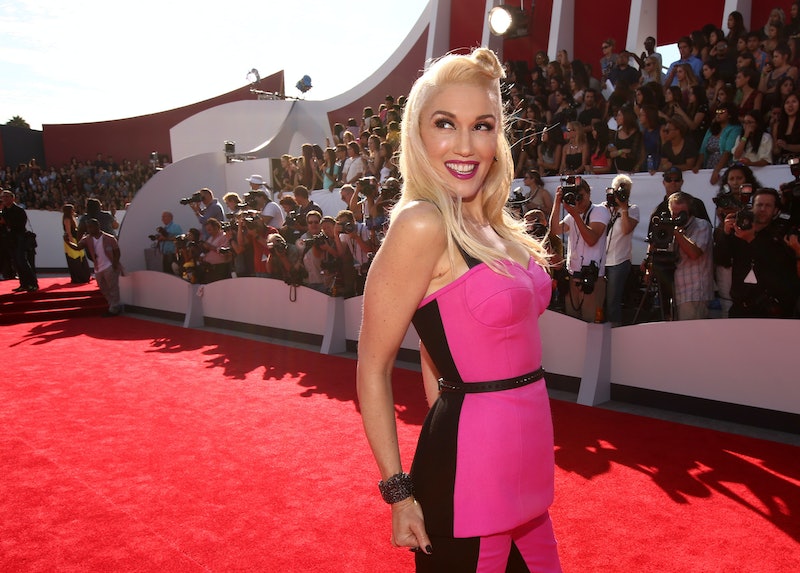 Hold on to your butts, "Hollaback Girl" addicts: Reportedly, Gwen Stefani's new single is called "Baby Don't Lie," and it could be released as soon as Oct. 6. Yeah, that's only two weeks away. Yeah, I'm freaking out about this. Yeah, I need to take a few deep, soothing breaths in order to calm myself down.

Stefani confirmed during a recent interview at New York Fashion Week that she's been in the studio working on new music, but I never dreamed that we could be hearing something so soon! According to Popjustice, Stefani's record label, Interscope, "accidentally" posted the name and release date of her new single on their website last week. The information was quickly taken down — but not before fans caught wind of it and started freaking the f*&% out!

It's important to note that there hasn't been any official confirmation of "Baby Don't Lie" or its Oct. 6 release date yet, but it makes sense that Stefani would want to release a new song to coincide with her coaching gig on NBC's The Voice . In the interest of keeping you up-to-date on all things Stefani (and because I'm a Stefani super-fan), here's everything we know about her supposed new single, "Baby Don't Lie," so far:

The program director for radio station Star 941 FM, who has supposedly heard "Baby Don't Lie," took to Twitter last week to gush about the comeback track, writing that it's "gonna be big." Ugh, I love it when people hype up new music on Twitter. Sure, we really have no way of knowing if they're telling the truth or not, but it sure is exciting! (That being said, please keep in mind that all of the information in these tweets is unconfirmed.)

Star 941 FM's program director continued spilling info about the song, calling it "uptempo" and "fun." He also said that he "can't wait to play it." That's definitely a good sign!

It's On "Another Level"

Ryan Tedder is the lead singer of pop-rock band OneRepublic, and Benny Blanco is a famed music producer who has worked with everyone from Katy Perry to Rihanna. The two gentleman most recently produced Maroon 5's "Maps" together. If Tedder and Blanco really did work on Stefani's new single, to say that I'm looking forward to hearing what they've come up with would be a massive, massive understatement. I'm literally shaking with anticipation. (OneRepublic's official Twitter account retweeted one of Star 941 FM's tweets about "Baby Don't Lie," making this particular piece of information seem credible.)

To top it all off, there are reports that Stefani shot a new music video in Los Angeles this weekend. Could it have been for "Baby Don't Lie"? Who knows! I hope that Interscope will put out an official press release for Stefani's big comeback soon and clear up all of these rumors. Meanwhile, I'll try not to have a total and complete excitement-induced meltdown.