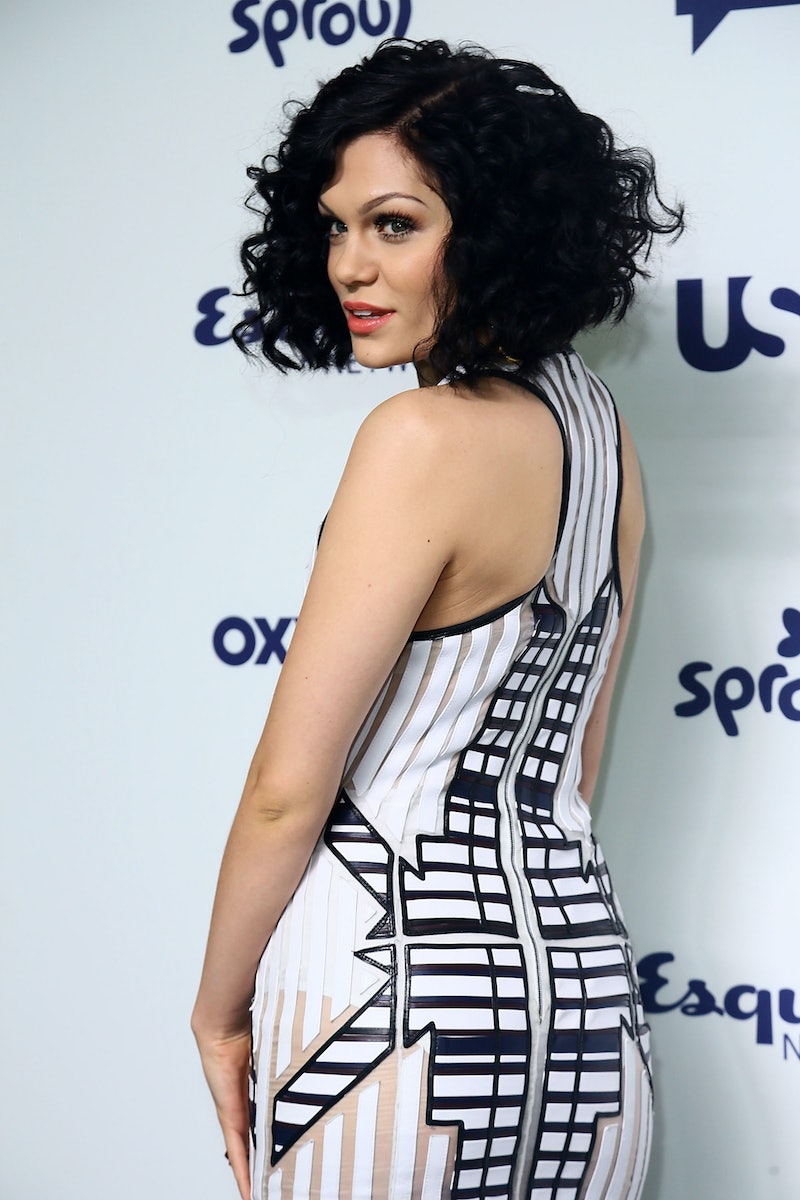 On Monday, Jessie J's single with rapper 2 Chainz, "Burnin' Up," premiered online, and I think that the 26-year-old, London-born singer could have another hit on her hands! By now, you should know who Jessie J is. "Bang Bang," her song with Ariana Grande and Nicki Minaj, has been absolutely everywhere lately. Until "Bang Bang," Jessie hadn't had a major hit in the United States since 2011, but now that she's been reintroduced to U.S. radio listeners, the stage is set for her to make her big comeback. "Burnin' Up," which was produced by pop genius Max Martin, serves as the second single from Jessie's upcoming third studio album, Sweet Talker — and I think it could be big.

Just like "Bang Bang," "Burnin' Up" is an intense burst of musical energy. After an epic guitar intro, some rapid-fire percussion kicks in and Jessie launches into the song's sexy first verse:

That's how I'm feelin' when you're next to me

I got a fever, tell me what did you do?

Look what I've found, it's 'bout to go down

I want it right now

The instrumental builds in intensity until we reach the irresistible chorus, where Jessie repeatedly sings:

2 Chainz pops by in the middle of the track to deliver a brief guest verse ("Roof on fire, we can burn up/Turn down for what? Turn up!"), but "Burnin' Up" is really all about Jessie's soaring vocals, the infectious beat, and that funky guitar. The song will definitely make you want to move, that's for sure! Come to think of it, "Burnin' Up" actually kind of reminds me of Cheryl Cole's "Crazy Stupid Love." Which British pop diva did it best? I think I'm going to have to give the slight advantage to Jessie on this one — but it's close.

"Burnin' Up" will be released tomorrow, Tuesday, Sept. 23.