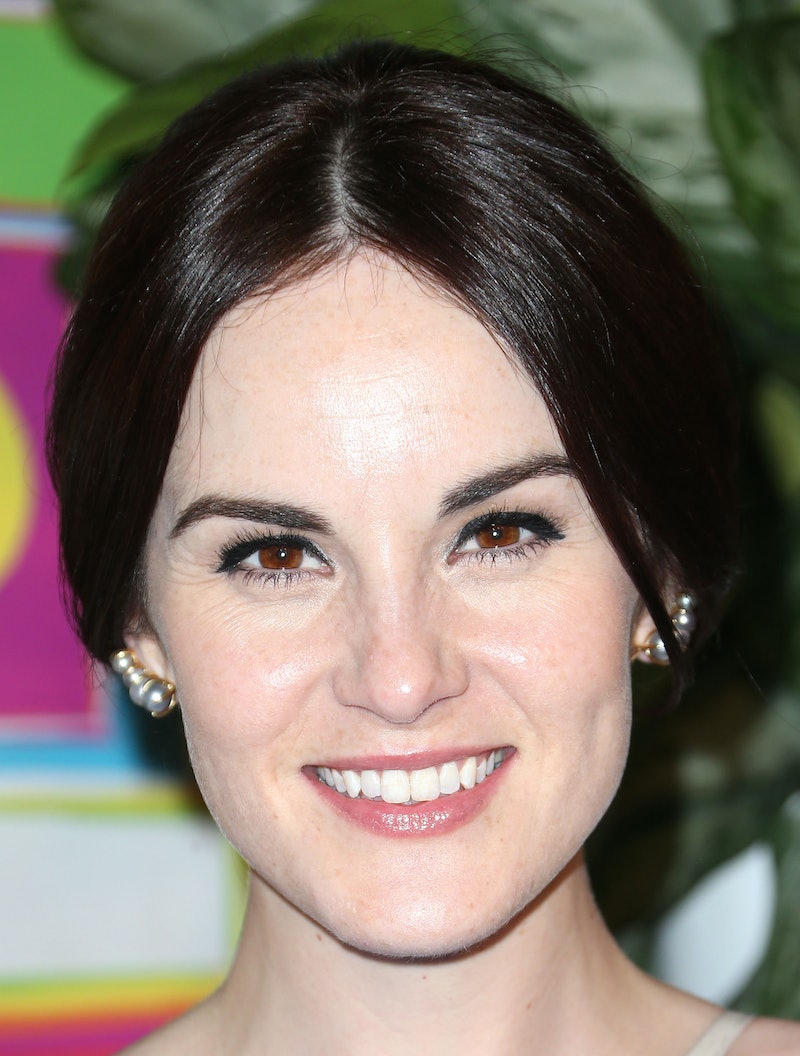 Lady Mary Crawley's many suitors on Downton Abbey form a little black book of horrible luck. To recall just a few, there was the horrific and extorting Jorah Mormont — erm, I mean Sir Richard Carlisle, Mr. Pamuk (RIP, yo!), and Cousin Matthew (RIP as well, also WHY?!). In the non-fictional world, who is Lady Mary's portrayer Michelle Dockery dating? Well, you'll be happy to know that she's being courted by a respectable young man who is currently alive and not dead. His name is John Dineen, he's an Irish 7-layer slice of flourless man-cake, and he's an old friend of one of Dockery's Downton co-stars. Take that, cruel romantic fate!

As reported by Hello magazine, Dockery, 32, and Dineen, 32, were seen holding hands while walking around Venice in 2013. For our purposes, we're just going to view this as their DTR moment. Hope that's cool. If not, then, well, I don't know what to tell you. Sadly, I can't text the Dowager Countess of Grantham to confirm these details, now can I?

According to Evoke, Dineen is in "financial PR" and the senior director of a multi-industry consulting firm. Dineen is an old friend of fellow Irishman Allen Leech, who plays Tom Branson on the Emmy-nominated show. Leech reportedly introduced Dockery and Dineen (I'm assuming back in 2013), and the rest is history. Ah, Branson: doting father, supreme chauffeur, and wing-man extraordinare. Check out the happy couple below, participating in some serious sports watching together.

Note the dark, manly face-scruff on Dineen. Babe.com/sadhottie. Despite his current big city life in London and his Hollywood romance, Dineen is a country boy. His parents own a farm in the small Irish town of Waterfall, where he grew up. Incidentally, Dockery's own dad hails from Ireland, and their friends supposedly speculate that the two bonded over "Irish connections." As grandmother always said, nothing brings Irish people together like talking about Irish stuff.

Beyond bonding over potatoes and Guinness and leprechauns, the prominent couple rubs elbows with British royalty. Well, once removed. In June, it was reported that the actress and her bae ran into Pippa and James Middleton (Princess Kate's sister and brother) at the Wimbledon championships. On that fateful afternoon, there were so many almost-royals in the house.

Whether it was a love of watching athletics or simple Irish good-will that brought these two together, Dockery and Dineen can likely agree on one thing. Branson is, and will forever be, the all-around best.