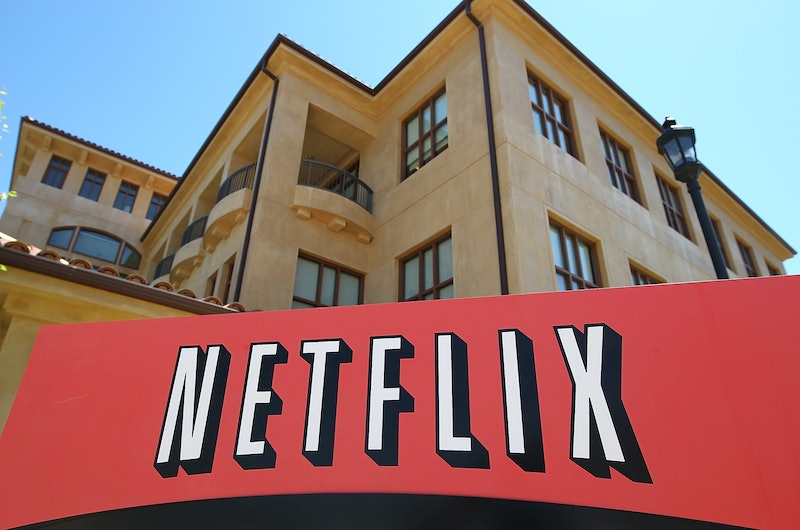 When is it "too soon" to spoil a show for someone? Are we still supposed to speak vaguely about the ending of The Sixth Sense when talking about it in a large group of people? When I started watching The O.C. a few years after it ended airing, I already knew that a certain title character didn't make it past season three, thanks to someone's AIM away status (throwback reference) that read "R.I.P. Marissa Cooper" when the original episode aired. That is too soon. So when Netflix launched a spoiler site, which explores what it is like to live with spoilers in today's culture, I was instantly intrigued by the findings.

The Netflix spoiler site lets viewers explore the multiple struggles of living with spoilers. I know it sounds like I am referring to some type of disease when I say "living with spoilers," but isn't that really what the modern day spoiler is? A plague of society? On the new website, you can take a quiz to find out what type of spoiler you are. You can also explore what spoilers are public domain at this point in time, as well as clicking "spoil yourself" where you can watch huge spoilers from television and movies because IDGAF if I know what happens at the end of Revenge season three. Spoilers: Keep reading to learn about each feature the Netflix Spoiler site has to offer.

What Kind Of Spoiler Are You

In this quiz, you learn what type of spoiler you are for those around you. I got "The Impulsive Spoiler" because I am just too excited about Orange Is The New Black not to let something slip at the water cooler. Other spoiler types include "The Clueless Spoiler," "The Coded Spoiler," "The Shameless Spoiler," and "The Power Spoiler."

The Public Domain of Spoilers

Netflix describes this section as "At a certain point even spoilers become free for anyone and everyone to share. Help us by rating these cryptically worded spoilers as either still 'Too Soon' or obviously 'Old News.'" Because it has been almost two years, shouldn't we be able to talk about who Gossip Girl is freely? According to Netflix, 73 percent of users believe we can.

Once you click enter, you might not be able to forget some of the things you see. Netflix has organized the most spoil-tastic clips from television and movies for you to watch and truly spoil yourself with.