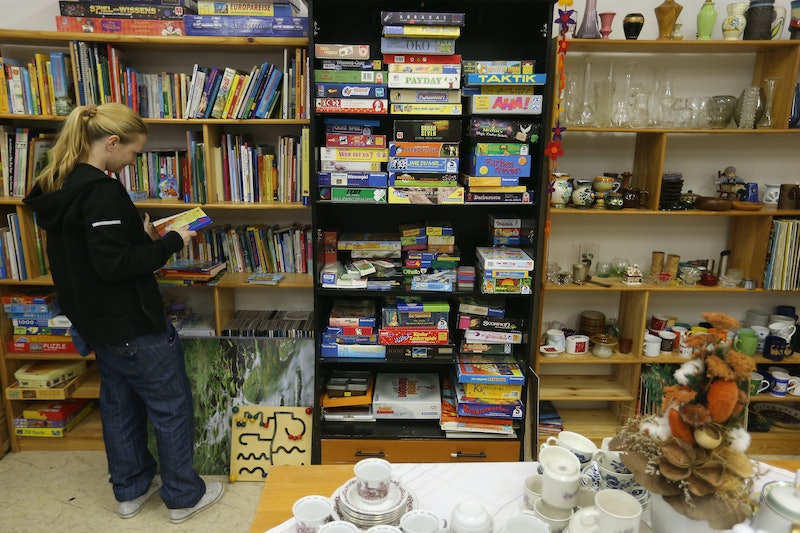 It's that time of year again: Banned Books Week. And hopefully this year nobody actively tries to ban any books this week like they did last year, because that is really not what the name means, guys. But as we roll out the "I Read Banned Books" stickers, it's also worth taking the time this week to look at why people try to ban books in schools and libraries and what that means.

According to the American Library Association, which tracks challenges to books nation wide, by far the most common reason parents and community members give when challenging a book is that it is "sexually explicit." Challenges over "offensive language" are but a distant second, with "unsuited for age group" (which might be the only potentially reasonable cause to object to a book), trails in third place. Similarly, of the top ten most challenged books for the past year, only two, Captain Underpants and The Hunger Games were not challenged on grounds of sexual content.

So what gives? I mean, it's not like most of these books on the most banned list are Fifty Shades of Grey. Except, you know, Fifty Shades of Grey. But stuff like The Color Purple or Looking for Alaska are certainly not smut. So why are people's sensibilities so offended they not only don't want to read these books themselves or let their children read them, but want to outlaw them for everyone in a school district or anyone who relies on the public library?

Well, it makes a certain amount of intuitive sense, given that we live a country with some overall pretty conservative views about sex and human sexuality. Some people seem to think sex is inherently inappropriate for anyone to discuss, especially young people. And there is no shortage of people who seem to think that the less teenagers know about sex the better.

Having read both Fifty Shades of Grey and Absolutely True Diary of a Part Time Indian, I can say with confidence they have nothing in common. And the fact that anyone was ever able to conflate the two tells me that for some people, sexual content exists not in a spectrum but a binary; having any sex or sex-related content in a novel is inherently bad no matter how much there is or how it's presented.

In reality, trying to "protect" teenagers from information about sex or realistic portrayals of human sexuality does them no favors. In much the same way that abstinence-only education makes teens more likely to get pregnant because they don't understand how to keep themselves safe, making sex and sexual relationships an off-limits, taboo topic can leave teens without a basis for understanding how sexuality and romantic relationships do and can operate, and what constitutes healthy sexuality. Which is vital given how many teens wind up in abusive relationships each year.

So this Banned Books Week let's try to break down that mentality, okay? Okay.

More like this
16 Novels That Paint A Realistic Portrait Of Abortion
By K.W. Colyard
Daryl McCormack On His Unusual First Audition With Emma Thompson
By Olivia-Anne Cleary
23 Times Meghan Markle Dressed Just Like Princess Diana
By Bustle UK
10 Must-Read New Books Out This Week
By K.W. Colyard
Get Even More From Bustle — Sign Up For The Newsletter