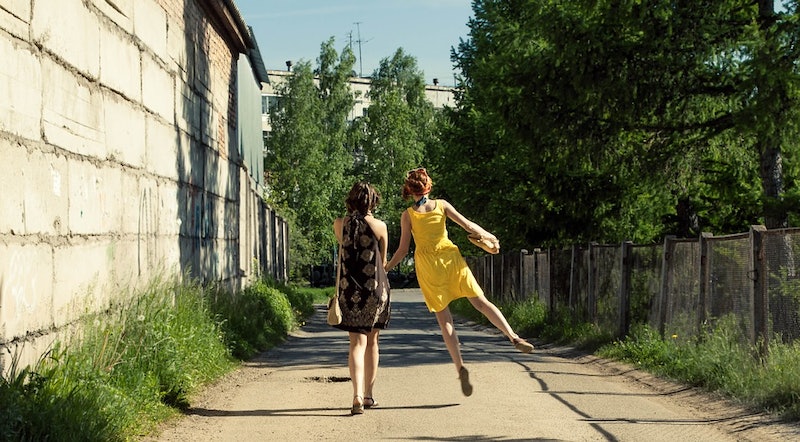 Jealously is a feeling that we all might be better off without. When I feel a pang of jealously creep up on my end, I want to banish it ASAP. When people are jealous of me, I want to banish that too. The signs your friends are jealous of you can make it incredibly apparent that there’s an issue, and in this article I’ll talk about some of those very signs. A lot of times the way friends act when they’re jealous can make you feel downright horrible. However — as we’ll see — there’s a quick and easy way to fix the problem and, in turn, perhaps even better the friendships.

Jealously — when it comes to romantic relationships in our lives — can be so frustrating. The, “Where are you?” at every moment of the day. The, “Who are you with?” every time you’re not together. The, “I need to go with you” as you’re heading out with friends. All of the trademarks of a jealous (and controlling, for that matter) partner can make you want to rip your hair out. But what about when it comes to friendships? As many of us know, it can feel equally as maddening when our friends are jealous, too. While how the jealously is acted out can be quite different, it can leave us feeling the same way, AKA completely horrible. Below I’ll talk about some of the top ways friends show their jealous nature so that you can best pinpoint if jealously is the issue you and your friends are having. Here are 11 signs your friends are jealous of you, and how to fix the problem.

1. They Say Situations Are “Unfair”

Are your friends the kind to regularly talk about how it’s “unfair” that you have certain things and they don’t? This could relate to a job, a significant other, or material things like a nice car. In a Psychology Today piece, Suzanne Degges-White Ph.D. discussed the notion of jealously, and said to pay attention to whether you notice a pattern where people are always referencing this “unfairness.” Many times those who use this term often are blaming outside circumstances for why they can’t achieve what a friend can (e.g., they came from a lesser-off family, they weren’t born as attractive, etc.).

Competition: A little of it can be a good thing, but too much could very well be a sign your friends are seeing green. According to SheKnows.com, not only does excessive competitiveness go hand-in-hand with jealously, it can also be a sign the friendships are overall toxic.

You tell your friends that you got a promotion, and somehow you’re met with negativity over the achievement. How could this possibly be? According to the Udemy online education blog, many times someone who is jealous will act in this way, and put you down with words like, “… well it wasn’t like there was anyone else up for the promotion anyway.” Watch for that underlying bit of negativity, and take it as a hint.

4. They Need To Upstage You

OK, so let’s build on that promotion example for a second. If you’re dealing with jealous friends, they might first hit you with that negativity we talked about, and then they might transition right into comments that manage to upstage your achievement. According to MadameNoire.com, jealous friends often take what you’ve achieved or gotten, and talk about how they’ve gotten something bigger and better.

Behind every jealous person might just be some of their own insecurities. Are your friends the insecure type? Scott Bea, PsyD, a clinical psychologist at the Cleveland Clinic, spoke to Huffington Post about jealously, and noted those who are comfortable with themselves and have a strong sense of self-esteem tend to be less jealous of those around them. Oppositely, if you notice your friends are not secure in who they are, you might find them more likely to rear the inner green-eyed monster.

6. They Bring You Down At Every Turn

Let’s say you choose to go on vacation with your husband and leave your toddler at home with grandma. Instead of being excited for you that you’re getting some much-needed time away, your friends make you feel guilty for not brining your toddler with you. They might say things like, “That vacation sounds fun, but if I were you, I would have definitely brought my son.” If it seems like no matter what you do your friends are always dragging your decisions through the mud, this could be another sign they’re flat out jealous, according to Brett Blumenthal, change and wellbeing speaker and author of 52 Small Changes for the Mind , who wrote about the topic on her site www.sheerbalance.com.

7. They Seem To Be Obsessed With Status

Are your friends obsessed with getting invited to elite events? Are they always needing to have the best designer trends? Then, when you get something above and beyond what they have, they freak? Status and success are huge players in jealousy, according to Huffington Post. When speaking of how he deflects feelings of jealously personally, Bea told the outlet, “Personally, I get rid of all the trappings of success or status. I think sometimes ambition is driven by insecurity. Being modest or underplaying those attributes can sometimes be a sign [that you’re comfortable with yourself].”

8. They Act Fake When You Tell Them Good UPDATES

You have some exciting updates to tell your friends, but when you say the words you’re immediately met with fake smiles. This isn’t a once in a blue moon thing, either — it happens every time. Dispersing fake happiness is another sign of a jealous friend, according to YogaAnonymous.com. The outlet said the phoniness might be their way of overcompensating for that jealously they’re feeling that they, themselves, aren’t the ones with good things to share.

9. They Tend To Diminish Everything You Accomplish

Accomplished something huge? To your friends, it’s not a big deal whatsoever. They might play it off like, “Oh, you got a raise — well, so did I. A lot of people got raises this year.” According to MadameNoire.com, jealous friends will do this as a way of leveling the playing field, and making themselves feel better.

10. They Are Always Discouraging

A final sneaky sign of jealousy in friends is that they are not supportive of you, according to YogaAnonymous.com. Really in need of a listening ear, but every time you can’t track down your friends at all? It’s not just about them being discouraging of your goals and wants, like be discussed above — it’s also about them not being there for you at all. The outlet said a true friend will want you to succeed and to be happy… and they’ll be there for you, too.

If these signs seem all-too-true of your friends, you might be left wondering what you should do. According to the Udemy blog, jealously does not always have to mean a friendship is over. There's a way around the issue, and it involves being open and honest with the friends you believe to be jealous. Udemy said bringing the issue to the table with them — and explaining why it makes you upset — is the way to makes strides towards rectifying the problem. By bringing it to light, your friends might begin to think twice before making comments and acting in ways that leave you feeling badly and torn down.

If the signs of jealous friends seem to hit home hard for you, it might be time to take action. Just remember to be candid with them, and you can start making moves to diminish the issue, and in turn, better the friendships.