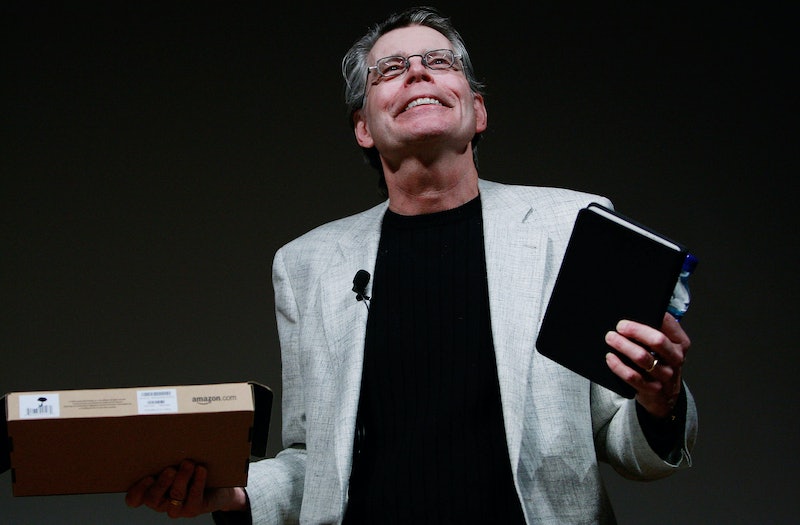 The landscape of online television continues to evolve with the latest addition by Hulu. As reported by Deadline, J.J. Abrams (Lost, Fringe) is partnering his company Bad Robot with Hulu to bring Stephen King's 11/22/63 to the network for a nine-episode television event. King's 2011 novel tells the story of Jake, an English teacher who finds a time-traveling device and goes back to September 9, 1958 in order to stop the assassination of John F. Kennedy on November 22, 1963.

According to Abrams, "I’ve been a fan of Stephen King since I was in junior high school...The chance to work with him at all, let alone on a story so compelling, emotional and imaginative, is a dream."

11/22/63 is also a return to television for Abrams who is currently writing and directing the new Star Wars films. Though 11/22/63 stands as a one-time event, Abrams and Hulu may develop the series further to include other historical events. Based on Abram's involvement in the Star Wars saga, I'd say that it's very likely we'll get a few more installments...of increasingly epic proportions.

The continuation of the series is also further solidified by the harmonious and well-fit collaboration between King and Bad Robot. King commented on their partnership, "If I ever wrote a book that cries out for long-form, event TV programming, 11/22/63 is it...I’m excited that it’s going to happen, and am looking forward to working with J.J. Abrams and the whole Bad Robot team.”

It will be exciting to see how having such a famous historical event jut up against King's and Abrams' fantastical and mysterious creative styles. It sounds like it's the stuff that television marathon-watching is made of.