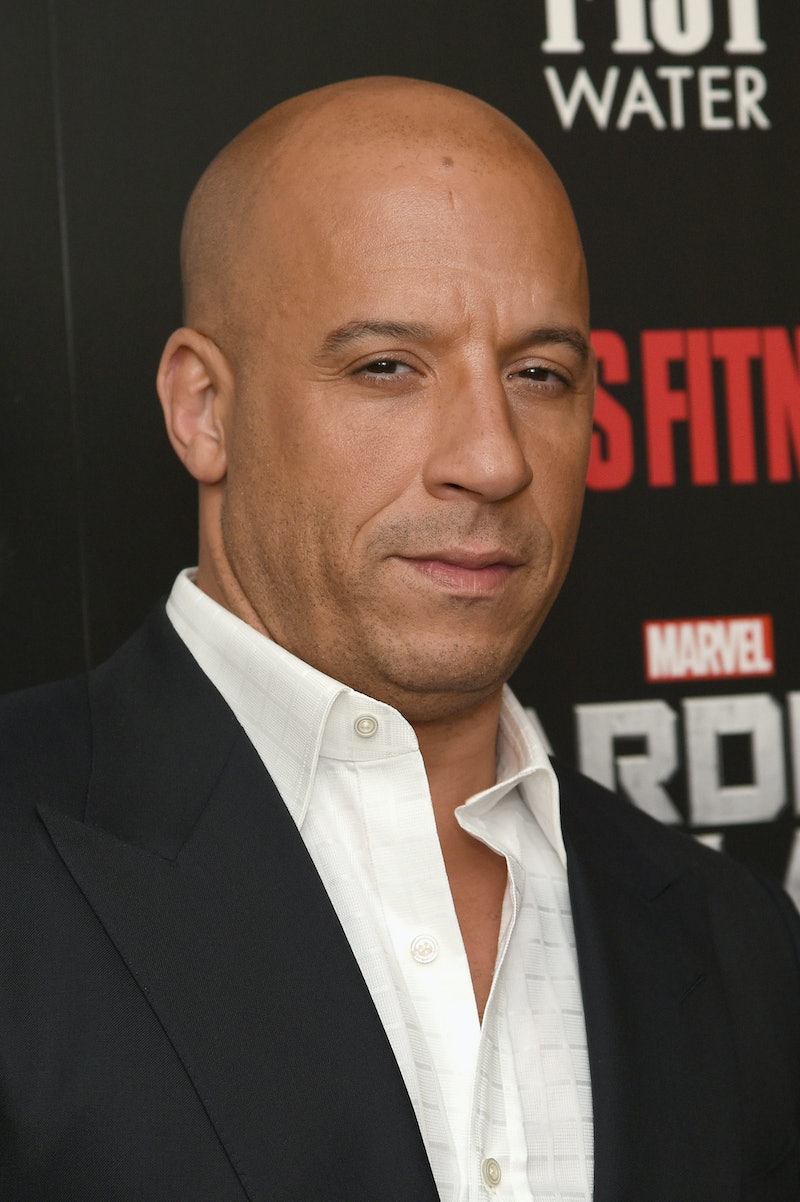 I am Groot? Vin Diesel is completely unrecognizable in the upcoming supernatural action film The Last Witch Hunter . Apparently, Diesel's role as Kaulder, an immortal witch hunter, required him to have a lot of hair, which he doesn't have. But no matter: Diesel's been outfitted with a lovely hairpiece and ridiculously busy beard on set, and now the Diesel of the past has been replaced with hair. There's just so much hair. According to CinemaBlend, part of The Last Witch Hunter is currently in production and will reportedly take place partly during the 13th Century and present day New York City, where Diesel's character battles an uprising of witches and hatches a plan "to unleash a plague on humanity". Michael Caine has signed on to play opposite Diesel, and Game of Thrones's Rose Leslie is also on board, reportedly playing a witch.

Apparently, Diesel has a huge following on Facebook, where he shared photos from the set of the movie, in full bearded glory. Oh, and there are beads. The beard has beads. Not sure where the faux-hawk hairpiece factors in, it seems a little too on-trend for a 13th Century hairstyle, but as far as Diesel hairpieces go, it isn't bad at all. As Vulture's Nate Jones points out, it could be worse.

Here it is again, looking pensive:

Diesel's beard is all business: