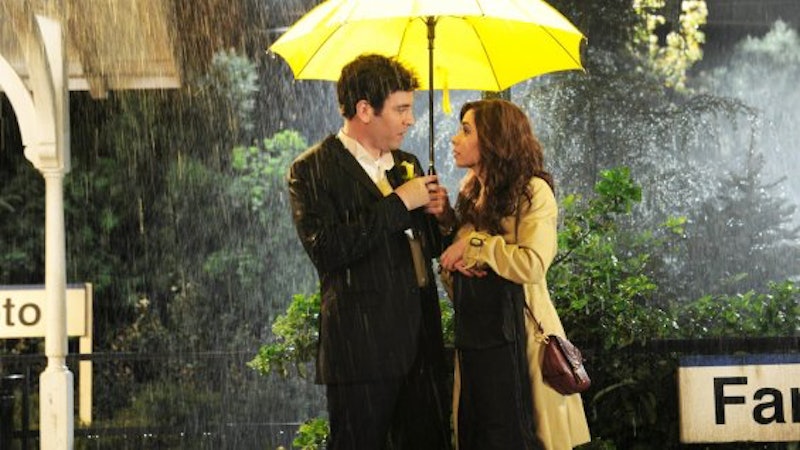 The divisive season finale of How I Met Your Mother was disappointing, at best. A series ending full of the expected inside jokes and flashbacks, fans called it "the worst finale ever" and wondered if the ending had ruined the series "for all time". Some fans reportedly felt tricked, strung along, and like they had wasted nine seasons on a thoroughly unsatisfying conclusion. Questions were left unanswered, mysteries were left unsolved. All in all, it was not a chill sitch. The pineapple incident has since been explained thanks to an exclusive deleted scene from the complete series DVD collection, but fans were still plagued by HIMYM 's thoroughly unsatisfying ending.

Anyone who experienced excessive emotional trauma or general feelings of disillusionment due to the HIMYM series ending is probably over it by now, but just in case anyone out there is still hurting, there's an alternate ending that will help make everything better. People reports that the finale's alternate ending, "Last Forever", is much more uplifting than the original ending, and is more in line with the conclusion diehard fans would have wanted. Fans may have caught a glimpse when the scene was reportedly leaked earlier this September, but the video has since been taken down. In case you missed it, the alternate ending is reportedly one of the many extras included in the nine season DVD set out on Tuesday. Hopefully, the new ending will more than make up for the original ending, and conclude the series on a more positive note.