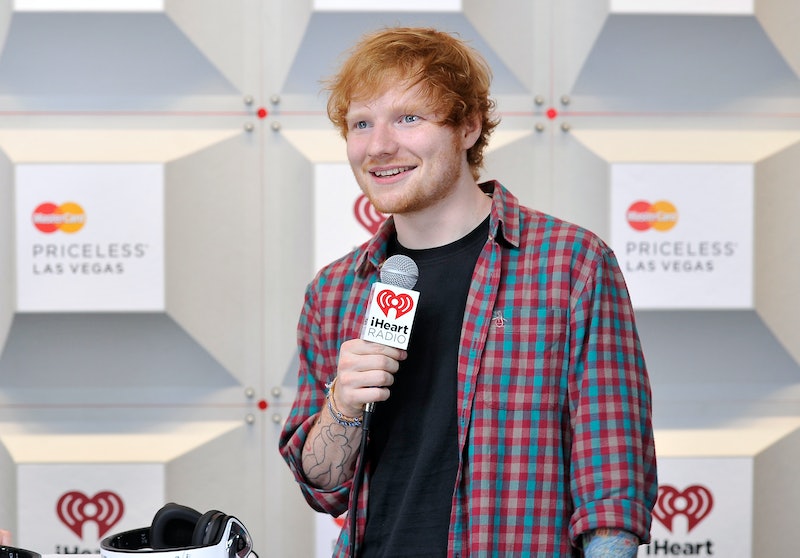 Usually, I'd look at the pics, say, "Aw, buddies!" and keep scrolling. But this particular photo set had me like, "WAIT. What about the alleged events that may or may not have inspired 'Don't,' aka the song that's rumored to be about Ellie Goulding cheating on Sheeran with Horan? What about what Sheeran said during the Howard Stern Show interview? Do those smooches mean they're totes cool now? Were they ever not cool? Were they ever not chummy? Try as I might, I CAN'T KEEP UP!"

I could speculate and wonder until the cows come home. Instead, I opted to write the following poem: