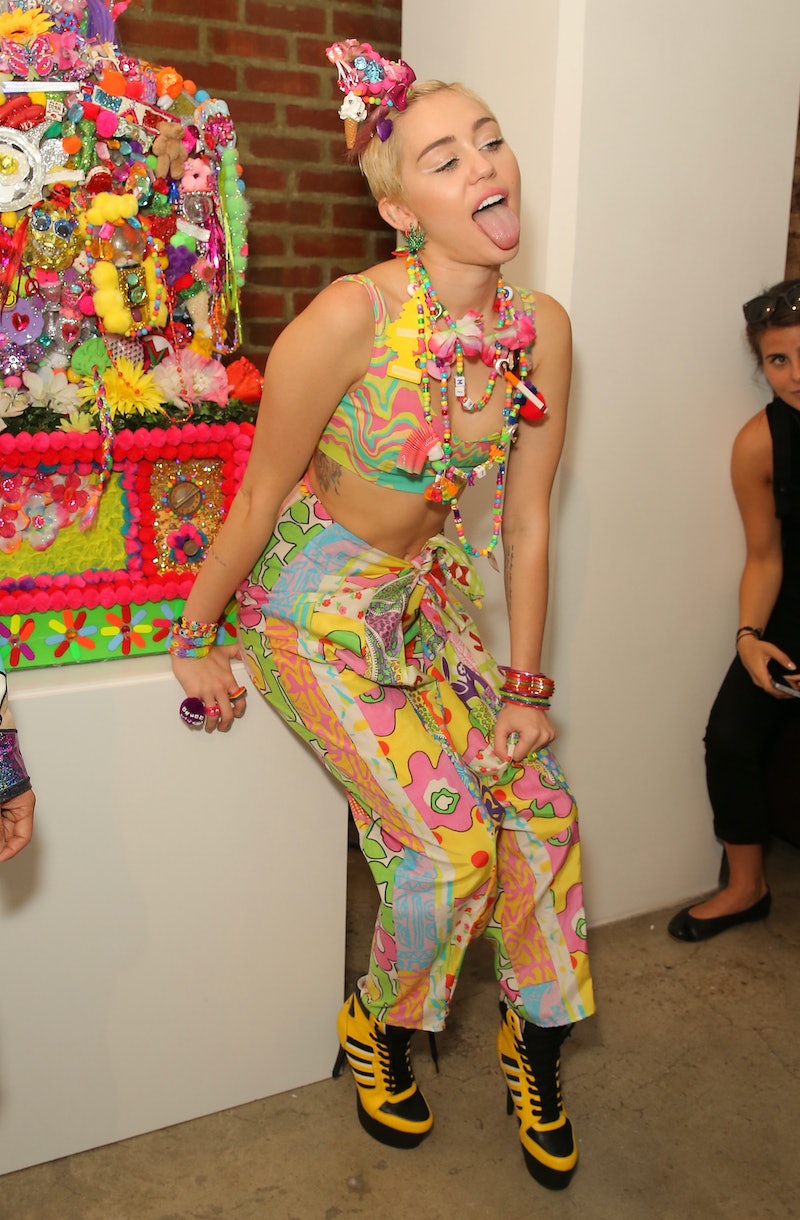 Miley Cyrus has been having a little too much fun with Photoshop again. Cyrus' first attempt at turning herself into a meme was her rendition of Nicki Minaj's Anaconda cover, which was deeply uncomfortable for everyone who saw it and now probably wishes they hadn't. Now, Cyrus is going all Drake on everyone, but true to form, she's taking this far beyond the boundaries of the next level. It looks like Cyrus got her hands on some old childhood photos and decided to take some artistic license. The results are hilarious and so, so wrong. So wrong. Cyrus apparently found an old photo of herself in the midst of a legendary eye-roll and photoshopped them onto some of her raciest, crotch-grabbiest photos. Proceed with caution, because while the photos are hilarious they may burn your eyes just a little bit. At least she doesn't take herself too seriously, but I think she's already made that clear.

Cyrus is really embracing the crafty, DIY aesthetic, it seems, so maybe her Photoshop creations are only the beginning of a large-scale interactive performance art installation and meta commentary on the loss of innocence as the ultimate price of fame. Or she just really likes Photoshop. Could go either way.

And here are the results: