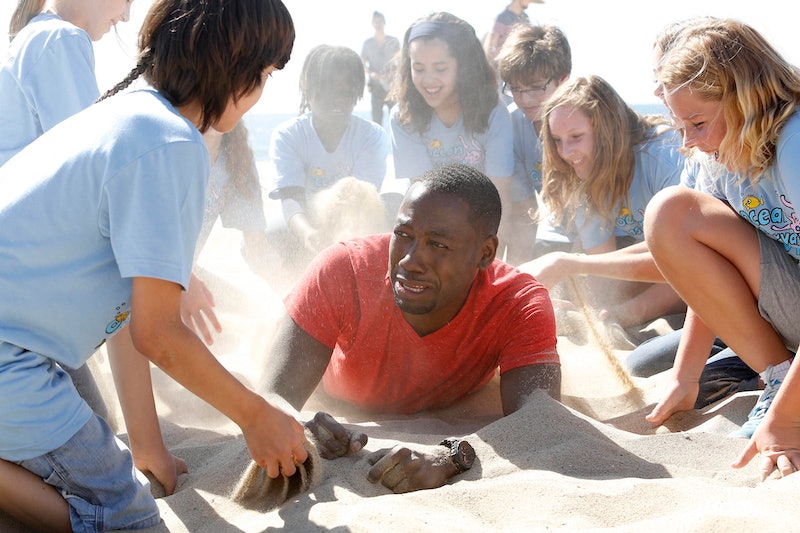 Woohoo! The wait is over! New Girl is back for Season 4 and it looks like this season is ready to retake the throne as the most lovable comedy on Fox. Sorry Mindy Project, you're cute and all and we love what you're doing with the Danny/Mindy deal, but there's one thing New Girl's got that you don't: Winston. That's right. Call him Winnie or call him Pranks Sinatra, either way Winston is a necessary element of the New Girl world. That being said, fans can't help but wonder what's in store for this guy. Last season we found him in an existential pre-midlife crisis as he tried to find out who he was and become a police officer. With everyone worried about the future of Nick and Jess and whether Schmidt and Cece will ever get back together, I think its important that we all keep in mind the often forgotten member of the loft family.

Any New Girl fan knows that there is a natural balance in the loft. You've got the recent break up of Nick and Jess, the constant in and out of love obsession that is every encounter Schmidt has with Cece, and the player's gonna play much-too-macho attitude of Coach. All of this is kept afloat by one idiosyncratic man, Winston. I've found that Winston is way underrated. He's oftentimes the voice of reason for the group, he's the comic relief when things get too "shippy," and he's not tied down by any one woman for too long. Essentially, he's Joey Tribbiani with way less game. His character is basically every sitcom writer's dream. While we're all rooting for Winston, I feel like his story is often forgotten. That's why I hope this season has some great things in store for him. Get ready everyone, it's Winston time.

New Girl's Season 4 premiere opened with Winston being glued to the couch, sore from training in the police academy. Last season, Winston finally found what he wanted to do with his life after applying for and then failing at work as a cop. After getting back on that horse, as Winston always does, he was finally admitted. I can't wait to see where this is going this season. Is this going to be a problem for the gang now that they're living with someone who could them in trouble for all of their antics? Will Nick finally have to pay off his parking tickets? Will Winston meet a beautiful policewoman and finally be loved the way he deserves?? One can dream.

A place in the exclusive Nick & Schmidt bromance

While it's been clear that Winston doesn't need a romantic partner, that doesn't mean he doesn't need some guy friends. What's with all the isolation? The premiere gave us plenty of Nick and Schmidt time. In fact, the two almost four-wayed themselves into a different level of bromance. I live for the time when Winston is propositioned into a four way with Nick and Schmidt. Wait, did I just make that weird? Probably. I'm just saying, Winston Bishop is a comedy gem that deserves to be worn like a celebrity engagement ring. We need more of him in our lives.

Basically, I think it's high time we've given Winston some more air time. He's not too weird or anything... right?