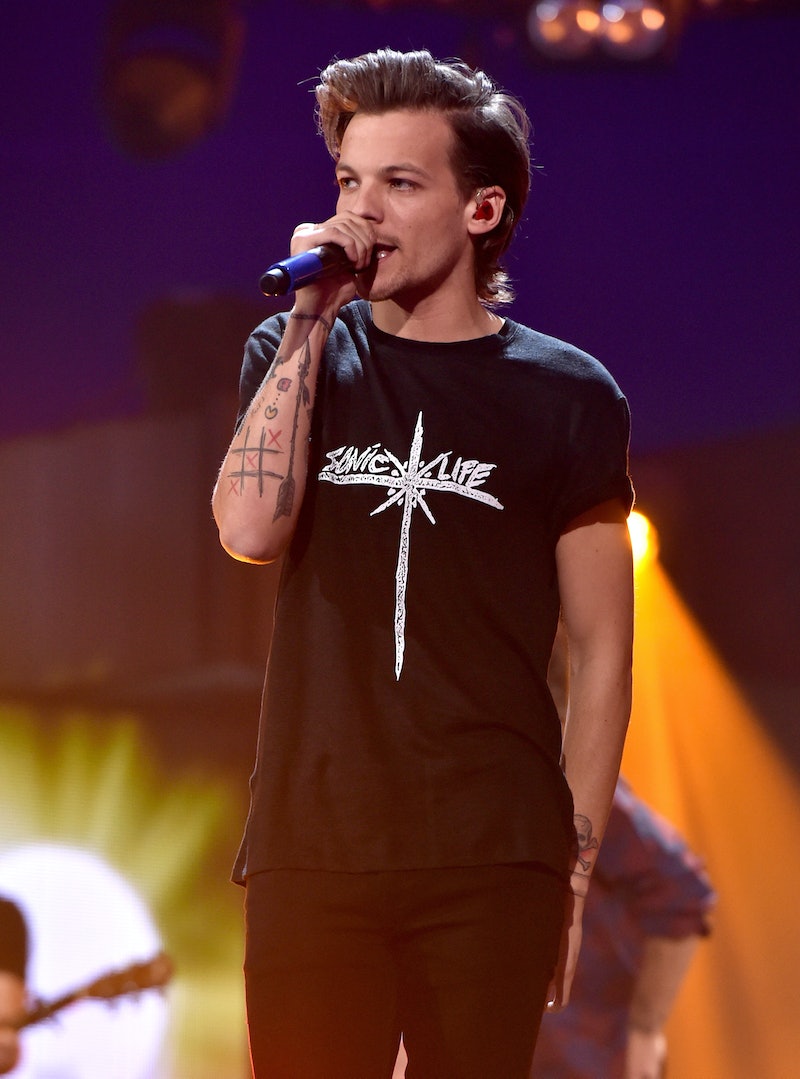 There's no denying that One Direction's fans can be a little scary at times. Around the time Kendall Jenner was linked to Harry Styles, I overheard a group of Directioners talking about how they would "get their guns out" if they saw the two together. With that kind of teenage, um, passion, I can't say I'm surprised that 1D fans reacted the way they did when Louis Tomlinson's sister supposedly came out, but I'm no less disgusted.

For as long as the band has been together, many fans have held onto the belief that Tomlinson himself is gay and in love with Styles who is, in their heads, also gay. (These two are not to be confused with other band member Liam Payne whose alleged gay sex tape is reportedly fake; he has commented that he is 100 percent not gay.)

I don't understand the obsession with fans believing everyone in the band is gay, but I especially don't get why they decided trending #WrongTomlinsonCameOut was a good idea when Tomlinson's sister Lottie posted a picture of her kissing another girl.

For the record, apparently Lottie and her friend Em were just kidding around with each other. But at the time it seemed like she was definitely coming out when a fan asked, "Still don't know if you're together or friends?" and Em tweeted in reply "does this confirm?" with a photo of the her and Lottie kissing.

If the pair's intention was to screw with fans, it's kind of lame that they did so by pretending to be gay, but their transgression pales in comparison to the behavior fans exhibited. Hey Directioners, this is no way to react to someone you think has just come out.

There's nothing more terrifying than a legion of teenage fans who are so headstrong in what they believe about a band member that they're willing to steamroll that person's family with offensive Twitter hashtags. I can't imagine how these people think Louis Tomlinson would be OK with this given how protective he is over his sisters. And yet, even upsetting their favorite member of the band didn't seem to bother them when they created this trending topic.

Oh, to live in a world where everyone leaves One Direction's sexuality alone unless the members themselves make an announcement.