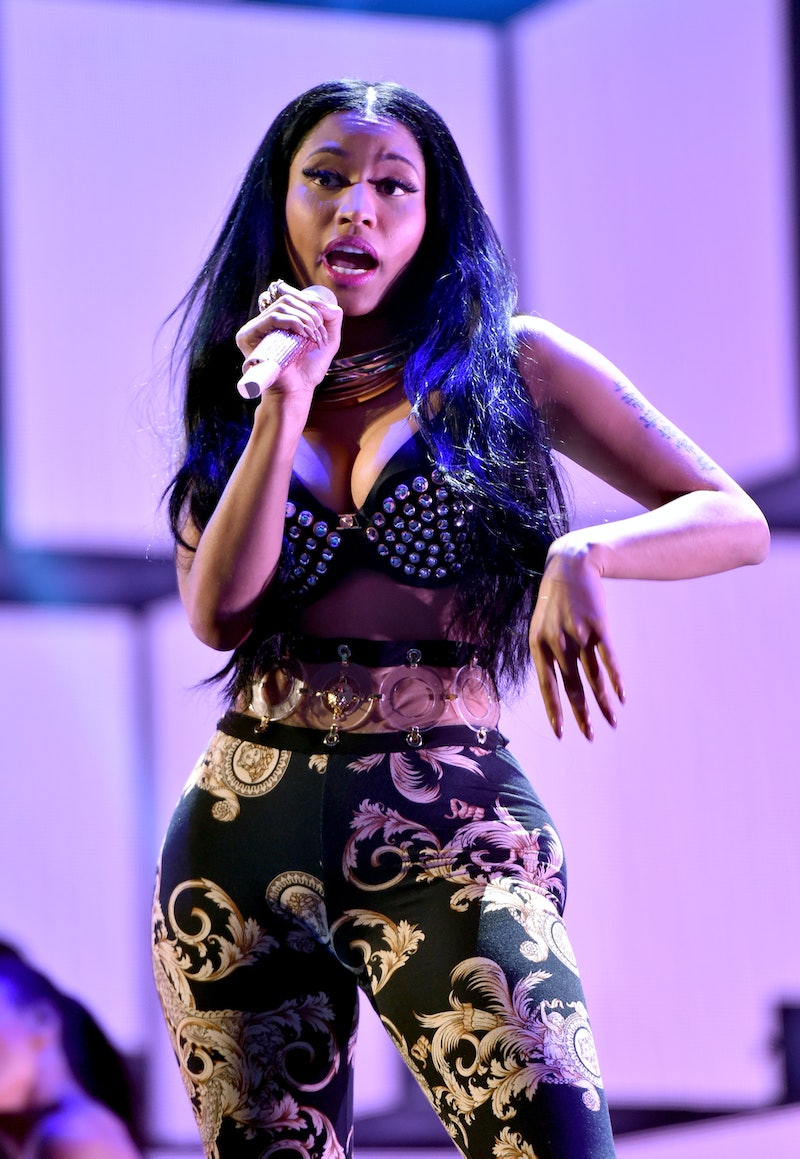 It's a small world after all, kids. Only in a universe this tiny could international pop stars just haphazardly cross paths in such a hilarious social coincidence. Monday night, Nicki Minaj and Madonna had a chance run-in on the streets of the Big Apple and took just the selfie that the situation called for. Ah, what a New York moment for any passerby to jump into the background of and totally ruin!

Minaj posted the following picture to her Instagram on Monday night with the caption "My trip to New York isn't the same unless I bump into the Queen. #BitchItsMadonna." In the shot, the "Anaconda" rapper serves duck face, while Madonna gives us "extremely fatigued sparrow in film noir detective-style hat." From the testimony provided by Minaj's caption, we are led to believe that the surreal scene of Minaj and The Queen of Pop bumping into each other has happened before. Also, the working definition of "bumping into" someone is participating in an unplanned social encounter, not orchestrated by PR people of producers of rock documentaries.

On a quick tangent: this selfie strikes me as something out of the absurd and brilliant comedy web-series "The Nekci Menij Show." The show lampoons contemporary pop stars by turning them into Microsoft Paint-illustrated sponge-monkeys with thinly-veiled names like "Lana Delery," "Brinty Spears," and "Bayonse" who do nothing but shamelessly self-promote. Below, we have "Medoner" and "Nekci Menij"

Yeah, so apparently this is real life and not some oddball dream you had after a day of listening to "Express Yourself" and "Superbass" back to back. Let's imagine, shall we, the eyewitness reactions to this surreal display.

Do my eyes spy what I think they spy? A Medoner and a Menij posing for a self-administered photo?

My EMOTIONS about this scene are OVERWHELMING!

Maybe I can just sneak into the background...

For the BEST PHOTOBOMB EVER!

And then Minaj and Madonna cropped the photo too closely and the dream was over.