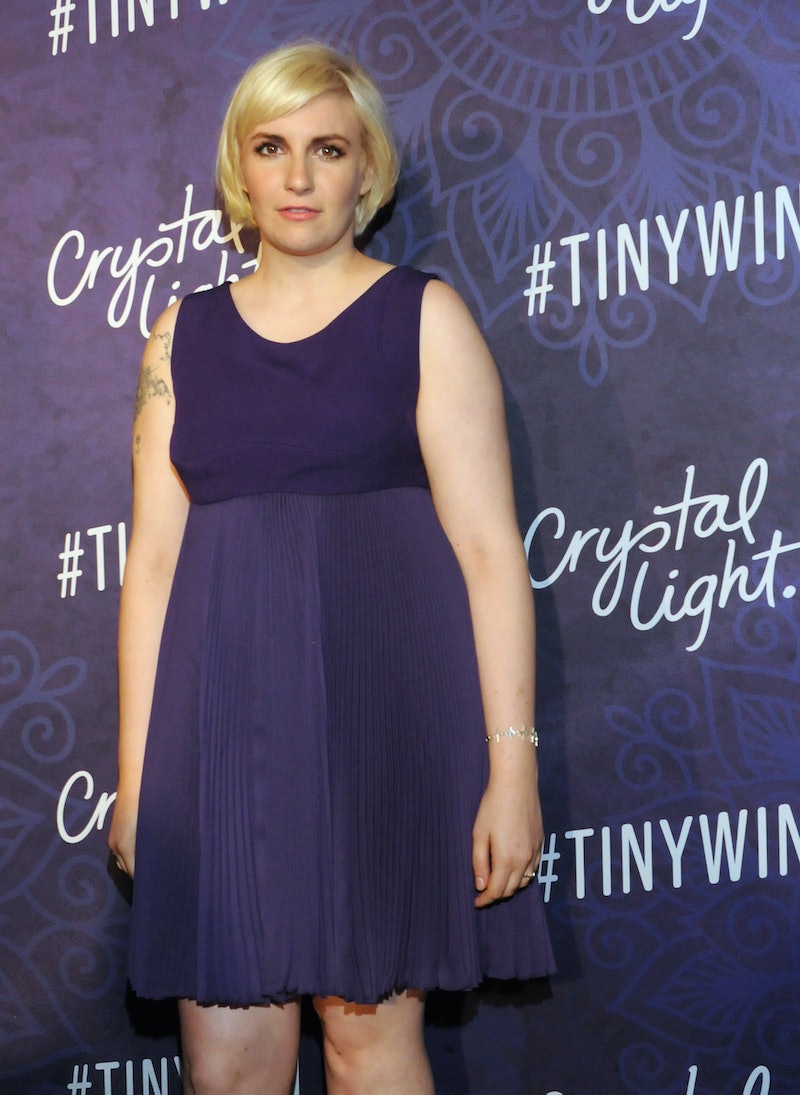 Lena Dunham's pretty much already conquered television with her hit HBO series Girls, so it's about time she took over another medium in the entertainment industry: Like, say, documentary films. According to Vulture, Lena Dunham's next project is a documentary about a Park Slope, Brooklyn tailoring company called Bindle and Keep, which was featured in the New York Times just last year for the fact that they make custom, fitted suits for transgender clientele. As one client of the tailor put it, in the NY Times profile:

For most of her life, [client Rachel] Tutera said, this meant choosing between clothes that did not fit her physique and those that did not fit her sense of self. [...] “The suit really helped me in ways I never expected it to,” she said. “I hadn’t ever felt handsome before. I had put together these makeshift outfits for special occasions and always felt like I was being overlooked in some way. I felt like I was ready to be paid attention to. It brought me to the precipice of becoming who I am now.”

Dunham will be working on the project with her frequent collaborator and Girls co-showrunner Jenni Konner, and, according to Vanity Fair , it was her who personally reached out to Bindle and Keep about the prospect of making a film about the bespoke tailor. It's an amazing subject for Dunham and Konner to take on, so I'm glad that the two will be focusing on giving this business the exposure it deserves: Bindle and Keep is doing something very special in creating pieces for those who are, sadly, not as widely represented in the fashion arena, and that's important. Clothes — well fitting, well designed clothes — can give a person the utmost confidence in the rest of their day-to-day life, and everyone should be able to have that.

"We were totally blown away when Lena’s team first reached out to us — the art we practice is so specialized that it was hard to believe heavy hitters were taking an interest," founder Daniel Friedman said.

No word on when to expect the film to be released, but hopefully, it's soon, because I know I'm literally already making plans to see this one on opening night.