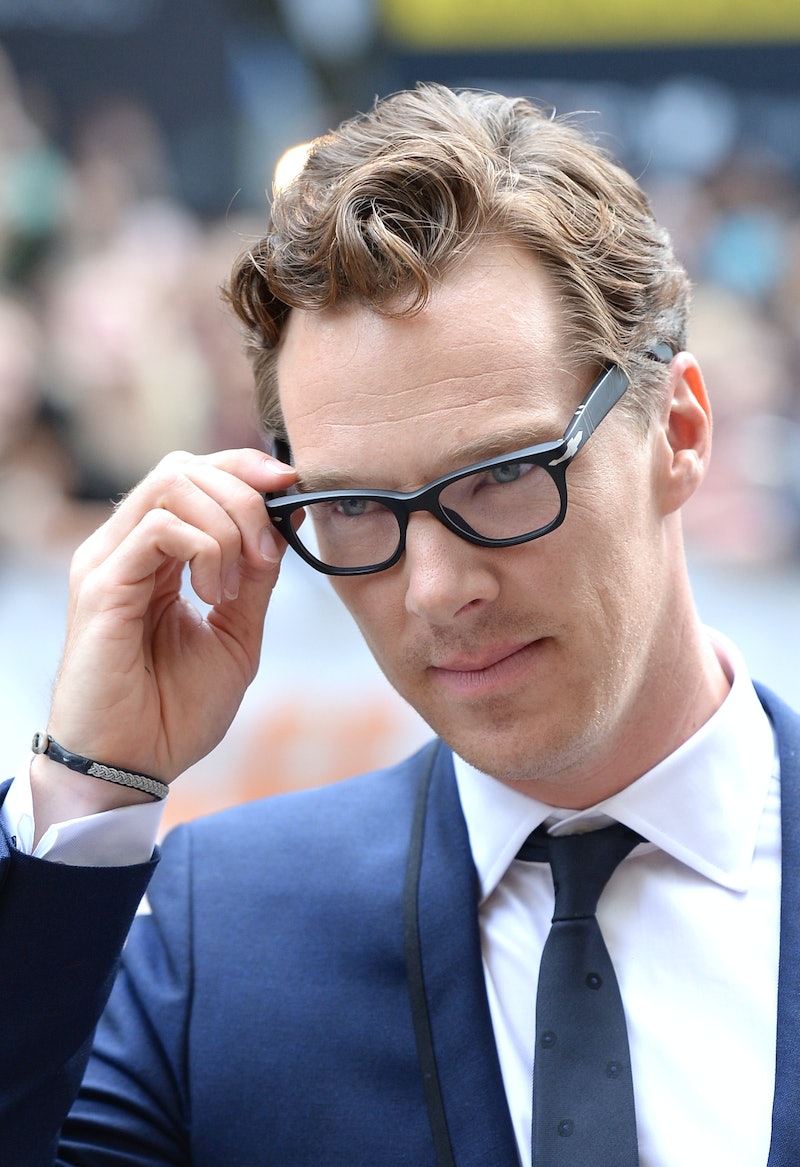 It's never too early to start planning your cheeky pop culture costume of choice and there's no better subject for your Halloween get-up than the one-and-only human meme Benedict Cumberbatch. The British import has taken over our large and small screens with roles in blockbusters like The Hobbit: The Desolation of Smaug, Star Trek Into Darkness, and the lead in BBC's smash mystery series Sherlock. He's already got early Oscar buzz going for his role in The Imitation Game . Not only has he dominated our favorite movies and TV shows, he's also the unofficial King of the Internet. Cumberbatch is everywhere, so he ought to be at your Oct. 31st party, too. Here's how to dress like Benedict Cumberbatch for Halloween.

In order to properly dress for Cumberween (that's what I'm just going to call it now) you're going to have to be OK with possibly sweating the whole night. There will be wool. There will be tweed. There may even be cats. Once you've got the look ready by following my step-by-step guide below, you will have to bring it all together by totally nailing the accent. That will require hours upon hours of research. You'll have to watch every episode of Sherlock , possibly twice. It’s daunting, I KNOW. But trust me, it will be well worth it. Happy Cumberween! Now, start prepping for...

A simple, yet easily-recognizable and totally re-wearable ensemble.

Snag this gorgeous DKNY coat from Macy's and after Halloween, you've got a solid addition to your Fall wardrobe.

The original from Season 1 was a navy cashmere scarf by Paul Smith. Not only would the scarf cost you a pretty penny, it's also no longer made by the designer. Thankfully this gorgeous navy wool scarf will do just the trick.

If you don't have a short curly bob, have no fear! YouTube is (of course) here to show you how to get the look!

Pin a stuffed cat to your costume and become a walking meme!