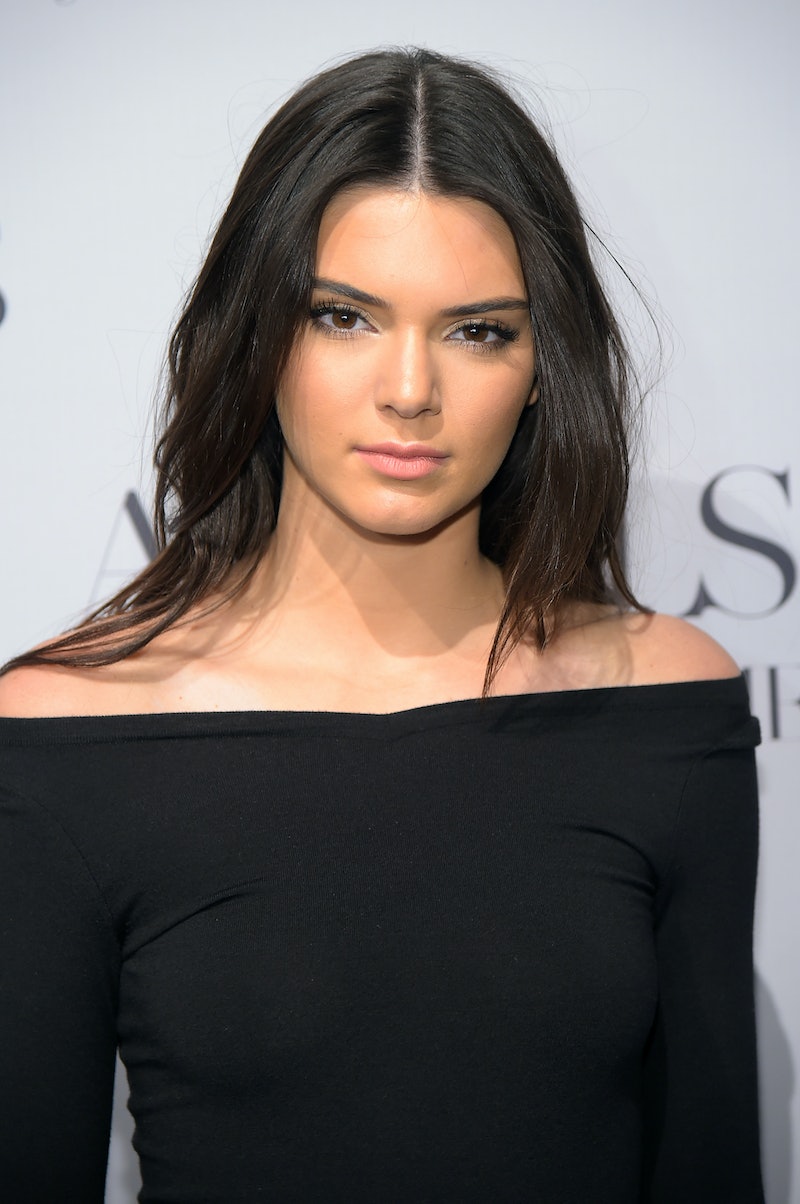 Since Kris Jenner filed for divorce on Monday, 11 months after she and Bruce Jenner announced their separation, there's been much speculation on a number of details surrounding their split. For example, what does Bruce's reality TV future hold after his Keeping Up With the Kardashians days come to a close? How much money's involved in the Jenners' divorce settlement? Well, for anyone wondering how the Jenners' youngest children Kylie and Kendall are coping with this understandably tough family situation, Kendall Jenner's latest instagram post seems to indicate that she's handling the split fairly well.

With a simple heart as a caption, Jenner shared a throwback photo of her parents. It would've been simple for her to avoid the topic altogether. But considering the fact that she knows any reference to her parents is bound to attract attention (some of which could be negative), her willingness to address her parents' divorce publicly shows some strength on her part, especially after she broke down while discussing the breakup with her parents during an episode of KUWTK. Even though she's probably still vulnerable, her photo could also be viewed as a way to face the situation head-on and cope in a healthy way.

Jenner has yet to make a public statement regarding the post, but I'd say the photo speaks volumes on its own. If anything, it only reinforces the fact that she still loves her family and supports both her parents. Perhaps it's her own way of reaffirming that the split won't keep them from being a tight family unit. Take a look at Kendall's heartfelt post below: