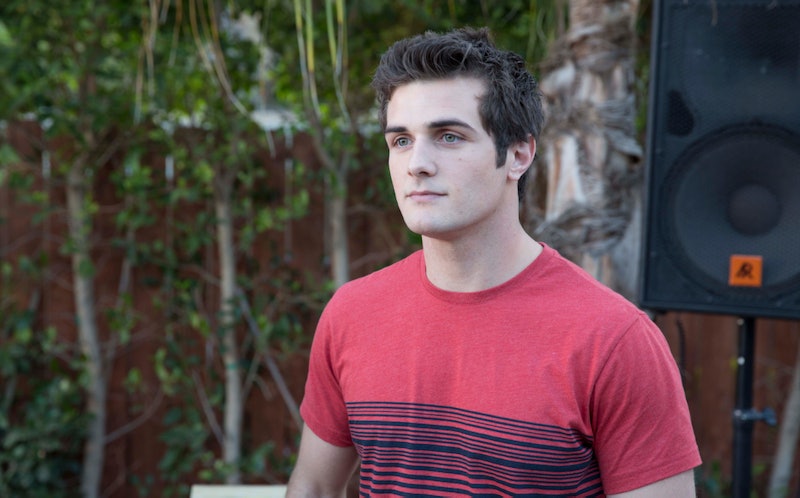 Things didn't go so well for Jenna Hamilton in Awkward's first episode back. But there was a terrifying undercurrent to this episode that completely transcended the usual ticks of Jenna's break-up drama. That undercurrent was ruled by Eva, and the stranglehold she had over the show's drama with her big pregnancy shocker from last episode. Awkward couple Matty and Eva even seemed on the fast-track to engagement, Eva's blatant emotional abuse of everyone around her — especially Matty — at the forefront of everything. And then Matty totally gave her the verbal smack-down send-off her trip to CrazyTown last season so greatly earned. Thank the god damn TV lords.

This episode was basically a showcase for the fact that Eva's manipulations weren't going anywhere if she was going to stick around this season: She was still the girl who lied and stole and was not-so-subtly hiding her full Fatal Attraction array of instincts. She spent much of this episode either continuing to undermine Jenna wherever she could or trying to convince Matty to have unprotected sex with her so she could actually get pregnant. This even led to a pretty heartbreaking interaction between Jenna and Matty, in which Jenna tried her darnedest — and for the umpteenth time — to help Matty escape what was so obviously a horribly abusive relationship.

The best parts of Awkward's return? Those would undoubtedly be the ones that spelled out that Eva is not long for the Awkward world. She definitely faked that pregnancy, for instance, and I verbally cheered when Matty revealed he'd figured out all her deceptions and was having none of this shit.

Villains like Eva are amongst the most frustrating to endure in teen shows — but they're also the most terrifying. Until Matty admitted to himself what was actually happening, Eva continued to have the power to poison every narrative she touched, both with her fake crying and with the very real effect she had on otherwise friendly dynamics. She couldn't just stay on the peripheries — she was either gonna ruin everything or she was gonna be gone. So when Matty sent her on her way? That freed up the entire rest of this season of Awkward to be...well, like Awkward again, instead of a super intense and exhausting depiction of a boy trapped in an abusive situation that reeked of daytime soap. Awkward's all about growing up, but the version of growing up we'd been seeing at the hands of Eva was just too surreal and out of place to last.

I didn't expect for Eva to be making her exit going into this episode. But now that she has, I've gotta say: I'm relieved to have the real Awkward back.