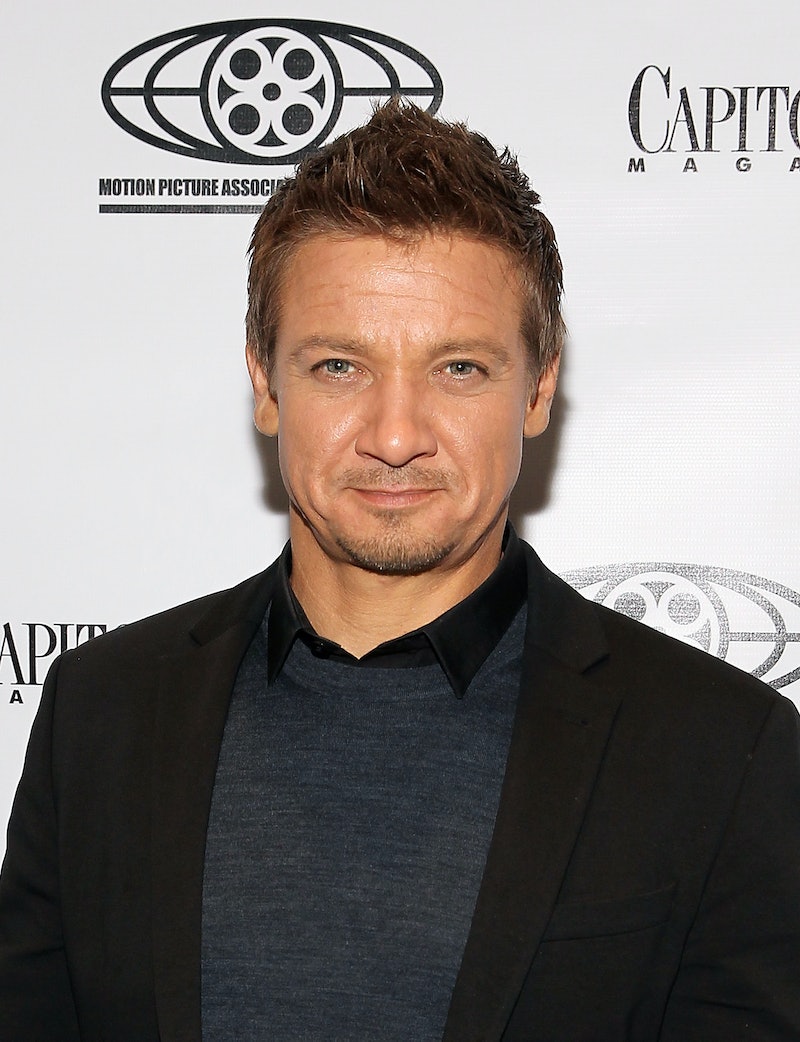 Can you believe that this guy kept his wedding a secret? It sounds like something Aaron Cross would do in the Bourne movies or maybe even Hawkeye in The Avengers. Speaking of which, that would make an excellent fanfiction... But yes, if you must know, action movie hero and archery expert of our feels, Jeremy Renner is married, or has been married, to girlfriend Sonni Pacheco. Pacheco and Renner had a daughter, Ava Berlin, last March. No word yet on how long the actor kept all of this under wraps, but Us Weekly has been on ring watch for a year, even citing that his left finger was adorned with a band at the Hollywood Film Awards last October. Renner put all of that speculation to rest and made it official during an interview with the magazine Capitol File. He confirmed that he was "indeed married" and told them, "I have tried to protect my family's privacy, my wife's privacy. I don't need her to get hammered with my life."

I don't understand how he did it. He's a Hollywood actor who was able to keep his wedding a secret for, if the clues are correct, a year! Obviously, Renner's quite a bit like those action heroes he plays on-screen. He'll do anything for his family. He'll protect them to the end. Maybe he'll kick some butt to do it. Maybe he'll take no prisoners. Maybe his name isn't Jeremy Renner.

OK. I checked. As far as I and IMDb knows, his name is Jeremy Renner, but he did admit to being a ninja. I swear! According to USA Today, Renner has said,

I’m like a ninja. What do you know about me? Nothing. Personal is personal. Private is private. Which is why I am like a ninja. It was different when it was myself and I to deal with. I have a family now. When it comes to the daughter, I want her to have a normal life. I want her to fail everyday and succeed every day and not get any (special) treatment.

Noted, Renner. We won't mess with you and your family, and you won't go all ninja on our behinds.