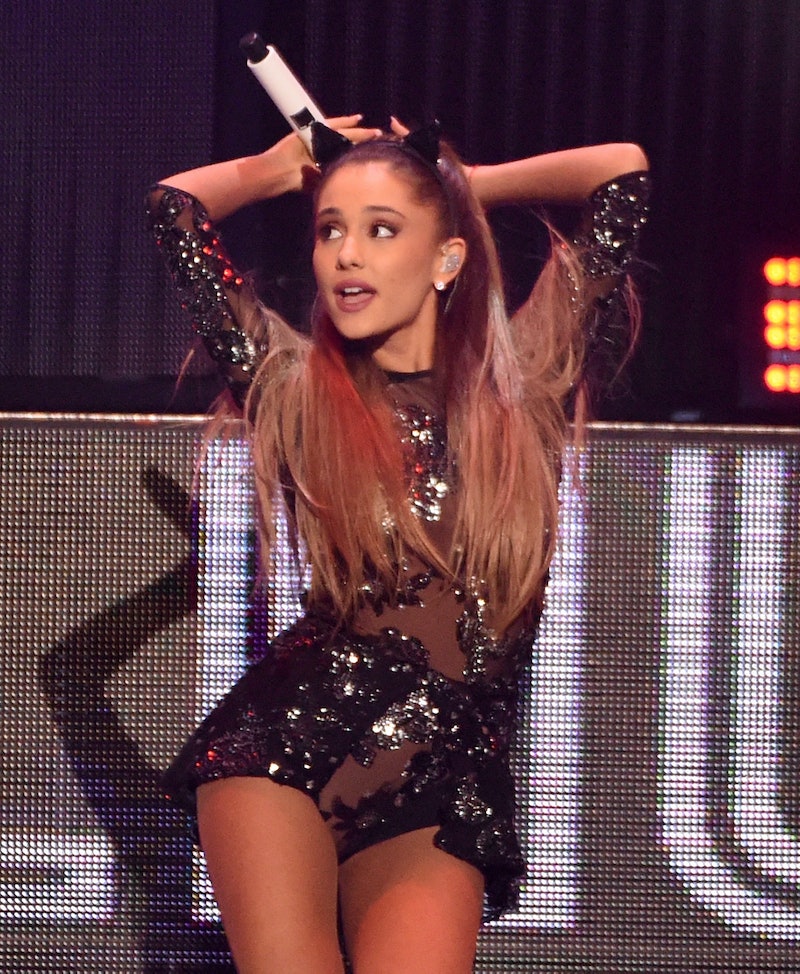 Ariana Grande, teeny-tiny singer and owner of a name that sounds like a new kind of Frappuccino, has once again found herself the target of some pretty harsh rumors. Reportedly, Ariana Grande acted out in a major way on set for her Marie Claire cover shoot, and it went far beyond demanding to be photographed from the left side. Allegedly, the "Problem" singer arrived extremely late with her mom in tow, treated everyone horribly, and was a total "monster" about her signature ponytail. Are the stories legit, though? At this point it seems like the public will believe anything about Grande being a diva, regardless of whether or not it's true. Thankfully (for Grande's sake), a rep for Marie Claire stepped in to combat the rumor mill:

She did not postpone the shoot and nothing about her arrival time was a surprise to us. She was professional and accommodating and she posed for photos with editor Anne Fulenwider’s kids.

While it's not likely that a major magazine would go ahead and confirm the awful rumors about the star currently smiling on their cover, their statement is still one of the few positive things floating around the media about Grande thanks to the overwhelming amount of rumors detailing her outrageous attitude. It's kind of hard not to wonder if her reputation can be saved. Are people making things up about her for a public all too willing to believe the stories, or is she actually just that hard to work with?

Rapper Iggy Azalea spoke out about what's being said in regards to her "Problem" collaborator at the iHeart Radio Music Festival this weekend, saying that she's "a sweet, quirky girl," and that she has "a very, very kind heart." If Iggy is to be believed, maybe the rumors surrounding Ariana are just that — rumors. Still, it seems like the pop star is quickly on her way to getting a majorly bad rap, if she hasn't done so already. If she really isn't as big of a "monster" as reported, she needs an image makeover ASAP and to find the "sources" who keep spreading fictitious stories to the press. If she is, however, gurl you are NOT Mariah Carey. Knock it off.