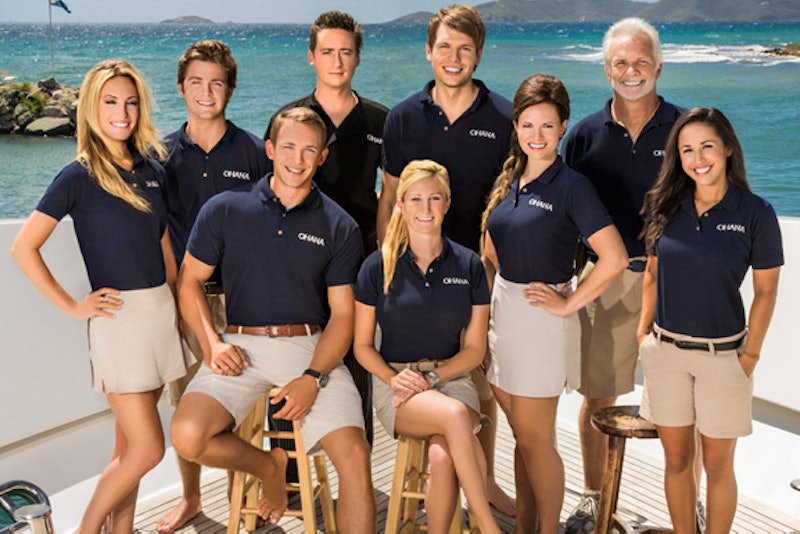 Just when you thought Below Deck stars Kelley Johnson and Jennice Ontiveros were dunzo, Jennice goes and has a terrible FaceTime session with her boyfriend, who apparently lives a 347-hour plane ride away. These two are so hooking up again (you know, if you would call their awkward kiss hooking up).

During Tuesday's episode of Below Deck , we watched as Jennice had an incredibly awkward conversation with her elusive boyfriend. In short, it sounds like he pretty much wants to end things with her, and I mean, given that they're insanely far away from one another, it's hard to blame the guy. But lo and behold, who was but a stone's throw away from said conversation? Yep, Kelley. Actually, truth be told, I doubt Kelley was but a stone's throw away; I think that was more the editing geniuses at Bravo working their magic at the Avid machine. He was probably more, like, 15-20 feet away. But regardless, they're totally going to get it on.

After last week's episode, when Kelley and Jennice had their "talk," I was a little on the fence as to whether they'd rekindle their sea-life romance or not — I mostly thought yes, but wouldn't have necessarily put money down. But now? Now, I'd so put money down on these two having a makeout session at the very least. They're both out to sea; they're both attracted to one another; and Jennice's boyfriend basically just broke up with her. If that's not a recipe for hooking up, I don't know what is.

Put on your life vests, guys! Rough seas ahead!