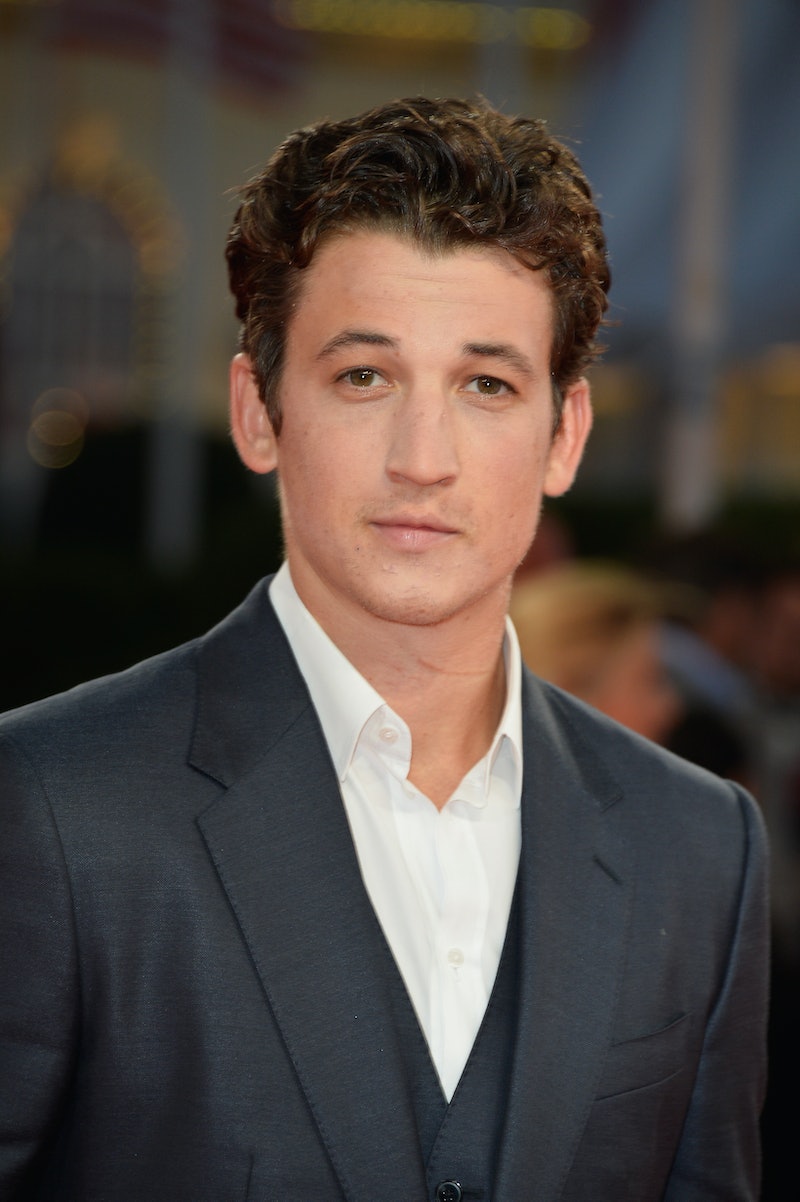 This might be unfair, considering I've never actually met this person, but I've always gotten the impression that Miles Teller is a pretty chill, stand-up guy. I mean, he's got Shailene Woodley's seal of approval and she likened their friendship to being the next George Clooney and Julia Roberts. That can only mean good things, right? Well, apparently he's more like Clooney than even Woodley realized when she made that statement. In a recent interview with W Magazine, Teller bashed his biggest film to date, Divergent , and revealed that he thought his part "wasn't interesting" and that working on the popular film sucked. Um, this is awkward?

In his W interview, Teller reveals that he "was feeling dead inside" while shooting Divergent last spring when his agent told him about Whiplash, Teller's latest film about an aspiring jazz drummer out on Oct. 10. The actor tells the magazine of his role playing Divergent antagonist, Peter, "I didn’t have an interesting part, and I’d taken the film for business reasons: It was the first movie I’d done that was going to have an international audience. I called my agent and said, ‘This sucks.’ He told me about Whiplash." I feel like "sucks" is kind of a strong word, no? Especially considering that fact that Teller's character will appear in both Divergent sequels.

But the most jarring thing about this whole situation is that I never would've expected it from Teller who, again, I believed to be one of the most charming, chill young stars in Hollywood. The same guy who told Bustle about his busy schedule and what he hopes for, "It’s all – it’s good and I will hopefully be able to get a house out of the whole thing. You want to be able to take some time for yourself." And who adorably told Shailene Woodley, "I thought you looked really cute in your prom dress," during a Spectacular Now interview with The Hollywood Reporter .

Unfortunately, it gets even more awkward — Teller's rep released a statement to THR on Wednesday morning explaining, "Accustomed to being more involved in the process of filmmaking, Miles regrets those words. He does value his relationship with Lionsgate and his participation in the franchise." It's obvious, in the very same interview with THR about The Spectacular Now that Teller, who studied acting at New York University, knows a great deal about the filmmaking process. But, somehow, this feels like a simple excuse for some seriously charged words.

Am I taking this a little too personally? Probably. I just got a good vibe off of Teller and I held him to that standard. Obviously this little emotional moment won't kill his career. I mean, we all still love George Clooney after he bashed his Batman & Robin nipples. Teller might actually be the next Clooney after all.