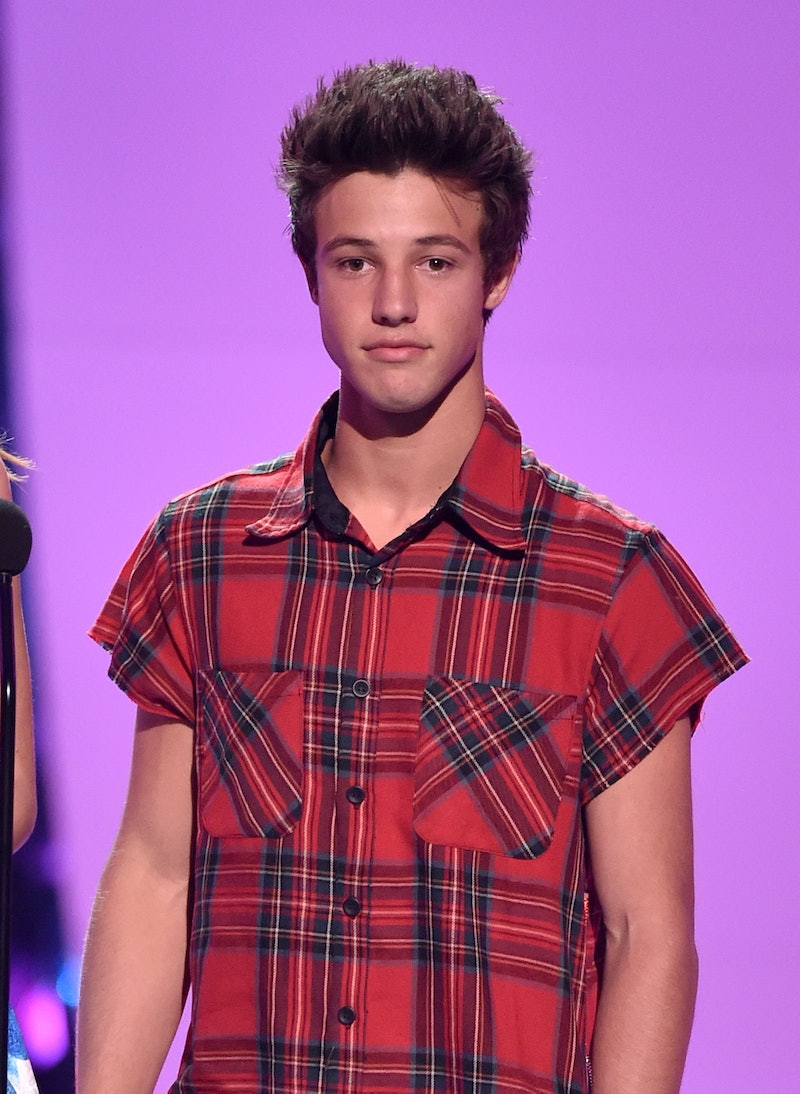 Thanks to Vine the world has a whole new generation of celebrities to keep track of, and one of its biggest superstars is Cameron Dallas, a 20-year-old with a heart-melting smile and some seriously funny six-second videos. His Vine account is one of the most popular on the site, with a truly insane amount of followers that rises everyday. Currently that number comes in at a cool 5.8 million, on top of his 2.5 million YouTube subscribers, which is mostly made up of girls and guys who can totally see Cameron being their boyfriend. After watching a few of his LOL-worthy Vines, it's easy to see why. So everyone, is Cameron Dallas single? All signs point to YES.

During one of the Viner's #CallWithCam days in July — a weekly event where he chats with fans on Facetime or over the phone after they've tweeted the hashtag — he got real about his surprisingly empty love life, revealing that maybe the girls he really should be dating are the ones who make up his loyal fanbase. As a brand new Cameron Dallas fan, I totally approve of this idea. He suggested taking fans jet skiing, go-karting, and parasailing, and soon a #DateWithCam hashtag exploded all over Twitter

No word on whether he actually ever took a few fans for a romantic parasail, but it's not surprising considering his fame has skyrocketed over the past few months. It was announced in April that AwesomenessTV tapped him and Nash Grier, a fellow Viner (and raging tool), to star in an upcoming movie, and Dallas also picked up a Teen Choice Award this year for Most Popular Viner. Single or not it doesn't look like he's going anywhere soon, and if he keeps posting pictures like the one below to Instagram, I don't think anyone will mind him sticking around.