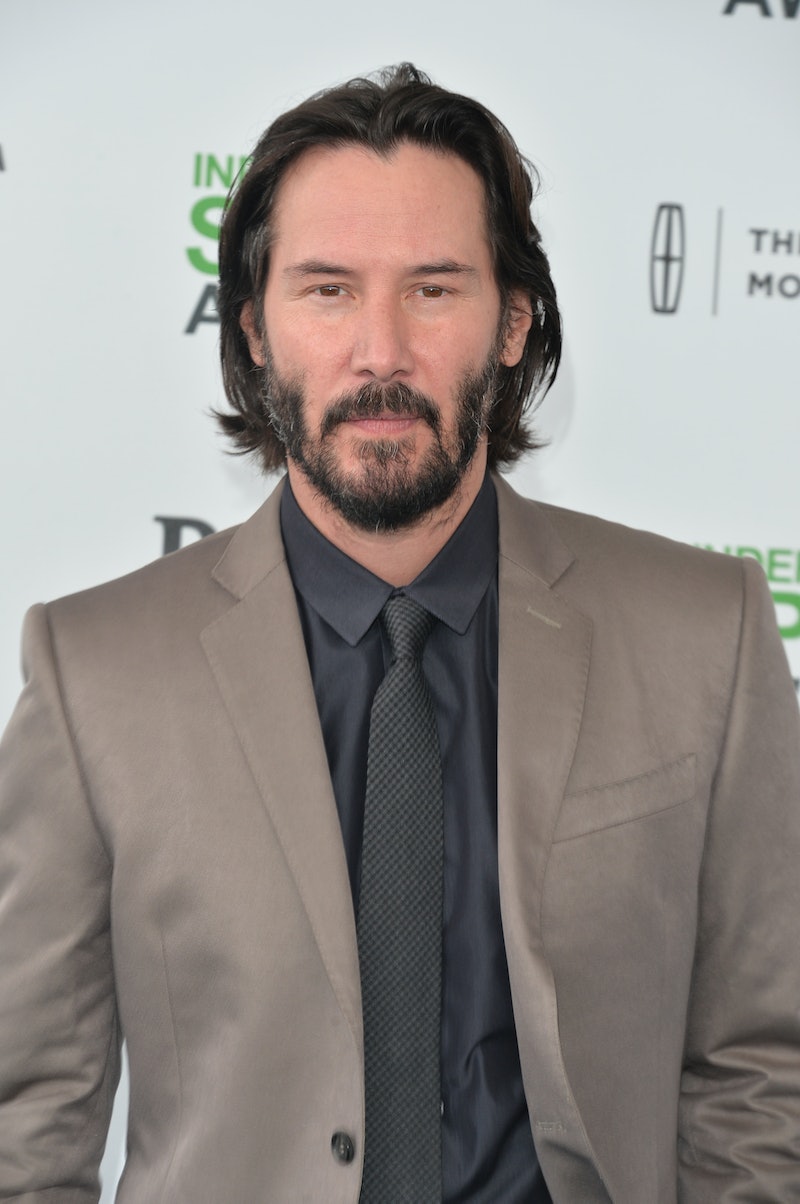 Gotta say, this really sucks. Only a few days after his home was first broken into by a woman that he confronted himself in the chillest way known to man, TMZ is reporting that Keanu Reeves' home was broken into again two days later by another woman. I suppose the odds of that being a threat are significantly higher when you're a celebrity like Reeves, but damn, that's terrifying to hear.

According to the reports of the second break-in, this time, Reeves luckily wasn't home and didn't have to face another home invader himself: Instead, it reportedly happened when a cleaning crew accidentally left Reeves' front gate unlocked. With cleaning crews none the wiser, the intruder reportedly then proceeded to get naked, take a shower, then go skinny-dipping in his pool.

Thankfully, though, the cleaning crew eventually figured out something was amiss and called Reeves, who then called 911 himself. The female intruder was arrested and taken for a psychiatric evaluation.

Poor Reeves, though, seriously. I know a lot of jokes are being made about the security of his house (I'm looking at you, TMZ), but that's sort of a lame thing to do in response to a situation like this. A dude got his house broken into twice, by clearly mentally unstable individuals. That's scary as can be, and I'm glad to hear that Reeves is OK after both incidents.