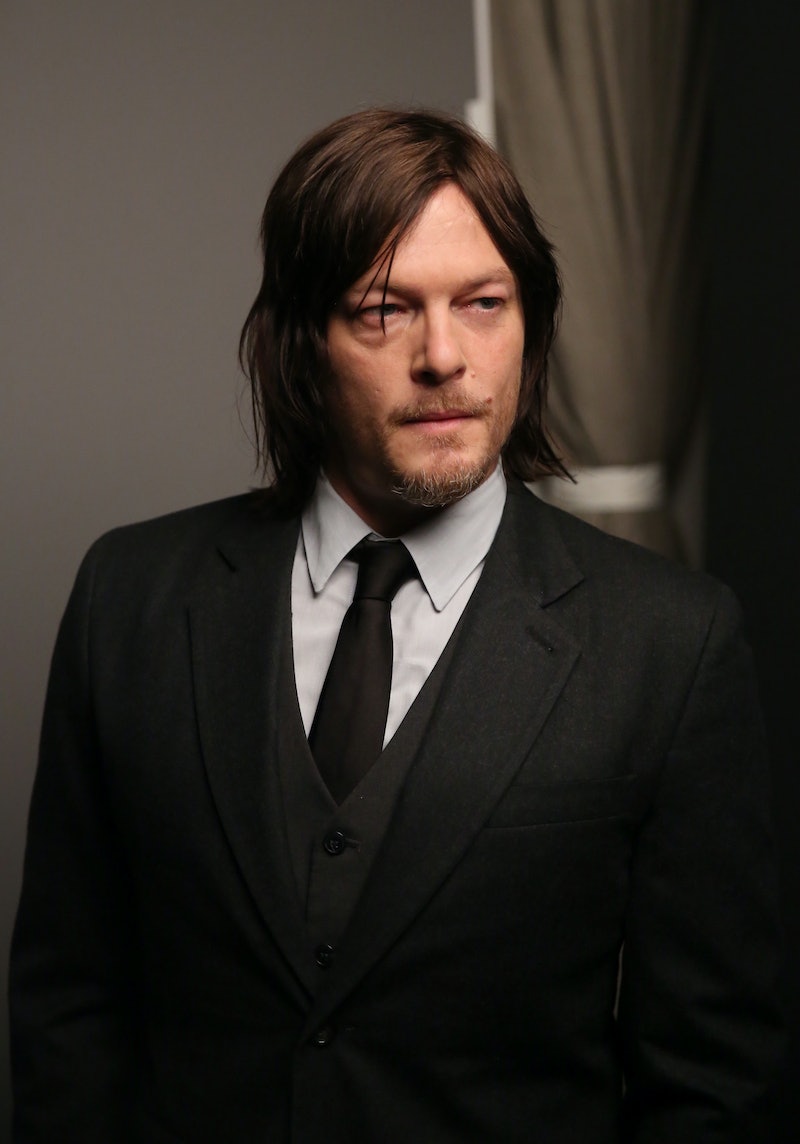 Some simple but unfortunate logic: Norman Reedus is a hunk. But sometimes hunks say bad things, which takes away their hunkiness. The cover man for GQ's first Age issue, 45-year old Reedus, who plays the badass Daryl Dixon on The Walking Dead, gave a reflective interview about his struggle with his career—which was pretty interesting, until he made an offhand comment about rape.

Reedus has lived a lot of lifes, including events like "a horrendous car accident that has left him with a titanium eye socket; a complicated childhood; and—perhaps most incongruously of all—a teenage stint on the competitive youth tennis circuit." He was discouraged by acting after several roles in films that were unsuccessful and made him question his love for the craft. He was offered the role of Jennifer Love Hewitt's boyfriend in the 2001 film Heartbreakers (also starring Sigourney Weaver in many great wigs), and he verily scoffed at the idea, saying: "'m like, 'Well, what do I do?' And they're, 'You're her boyfriend,'" he recalled. "And I go, 'Well, do I rape her? Do I kill her? What do I do?' And they go, 'You're her sweet boyfriend.' And I was like, 'No! Absolutely not!' But yeah, I just assumed I had to rape and kill her.'"

K.... first of all, Heartbreakers is a great movie, and I don't care what anyone says. Second of all, Reedus, if you only want violent roles that involve raping, killing and degrading women, you should probably keep that to yourself. Reedus also said that he likes the dark and grotesque and finds beauty in it, which is a concept that has long pervaded art, but that does not equate turning down projects because there's no rape or kill in them. Again, as always, I have a problem with GQ printing the line, because it could be a trigger for a lot of people. It's a shame because the rest of the interview is really interesting, but after reading that line, I was just so turned off. There's nothing beautiful about rape—if Reedus had said something about dark, violent roles like that in order to send a message or to raise awareness, that would be different, but of course, he only talked about it in relation to his career. Ew.