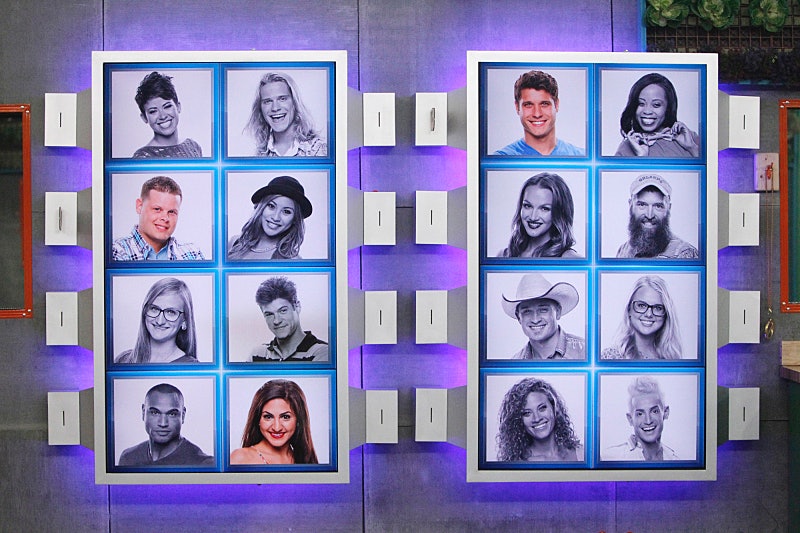 Getting to the end of Big Brother is not easy. Skill, social adaption, and luck are all a part of earning your finale seat in the Big Brother house. So regardless of how you may personally feel about each of the remaining Big Brother 16 houseguests — Derrick Levasseur, Cody Calafiore, and Victoria Rafaeli — you have to admit that they have all done something right to get to the end, all while playing the game in their own unique way. Though some of their methods were more respected than others, one fact remains: This season's final three have all outlasted 13 other houseguests who simply couldn't get the job done. So before you are quick to point out that Victoria didn't do anything in the game, keep in mind the one thing she did do: Outlast almost everyone else. But, before we get to Wednesday's finale, what was the single best move made by each member of the final three? Read ahead find out, from someone who has a little experience sitting in the final three chairs of Big Brother.

No one from season 16 has worked as hard as Derrick did to get to the end. He has done all of the little things right, putting him in the best possible position to win the game. Derrick's ability to sit and listen to people (Victoria, in particular) tell stories time and time again, is one of the things that has helped him get a finale seat. He's established not only relationships with others in the house, but trust as well. Every houseguest in the history of Big Brother loves to talk about themselves — the smart players let them do all the talking. Sure, he has made some good decisions as to who to evict and when, but, more importantly, people have listened to him because he has done the bulk of the listening. Who in the Big Brother 16 house doesn't like Derrick?

Derrick's single best move this season? Approaching the game from a selfless standpoint. Derrick's always putting on the front that he was working in everyone else's "best interest" ensured they would do the same for him in the end.

What you should bet on Derrick to win: Your mortgage or five years rent.

It has been hard to really get a read on Cody's game — he has been the Luigi to Derrick's Mario all season long. A loyal foot soldier to Derrick, Cody has performed a little bit better than his fellow Hitman in competitions overall, but has also managed to make himself likable within the house, getting through the majority of the game without really ticking anyone off. (Side note: I cannot recall any sort of a fight this entire season. Was this the nicest cast ever? Not that I am complaining — this season was leaps and bounds better than last.) Cody has a long-shot chance to win the game against Derrick because he seems to have played the more "clean game" on the surface, but if he stabs Derrick in the back in Wednesday's finale (picking Victoria for the final two over Derrick, should he win final HoH), he ensures himself $500,000.

Cody's best move the entire season? The slight reveal of his alliance with Derrick during Caleb's eviction. That speech had an impact on Caleb, is guaranteed to be seen in the Jury house, and forced the first negative light of the season to be cast on Derrick.

What you should bet on Cody to win: The spare change in your couch.

When talking about Victoria's "game," it is worth mentioning that she did survive nine evictions. Regardless of why she survived them — whether it was because there was always a bigger threat next to her, or the fact she was the ultimate pawn — living through nine nights on the block is not an easy thing to accomplish. Unfortunately, though, that is about the only thing Victoria has accomplished this season. Victoria has "played the game" just like any contestant with a manufactured princess persona would: She let everyone else do everything for her. That said, Victoria seems to be a very sweet woman who never really took hold of her game. Instead, she gave the reigns to Derrick from the start.

Victoria's best move this season? Simply, trusting Derrick to get her to the final three.

What you should bet on Victoria to win: The lint in the pocket of your favorite jeans.Big Brother 16 has been great bounce-back season after last year's trainwreck — the gameplay has been almost as good as the house theatrics. This season had a ton of characters to root for (Team Derrick/Zach/Nicole), fun houseguests to root against (even though you loved to hate Devin, he's not a bad guy), and undeniable strategy. We have not seen anyone like Derrick play the game in the past few years. True, the houseguest with the best chance to win the whole thing lacked opposition, but give credit where credit's due: Derrick extinguished any and all potential opposition. That said, as much as I am rooting and hoping for Derrick to win the game, could you imagine the reactions if Cody evicts Derrick in the end?

After all, we should expect the unexpected from Big Brother, right?

Dan Gheesling was the winner of Big Brother 10 and the runner up of Big Brother 14. He is the only houseguest in the history of Big Brother to win the game unanimously, and is also the only houseguest to have played the game twice and never had a single vote cast against him. Dan had written a comprehensive guide to getting cast on Reality TV, as well as a book on action-based leadership titled: Clean Your Own Mirror: 6 Necessary Duties for Epic Leaders. You can keep up with Dan and all his insights into Big Brother and other nonsensical tweets on Twitter.