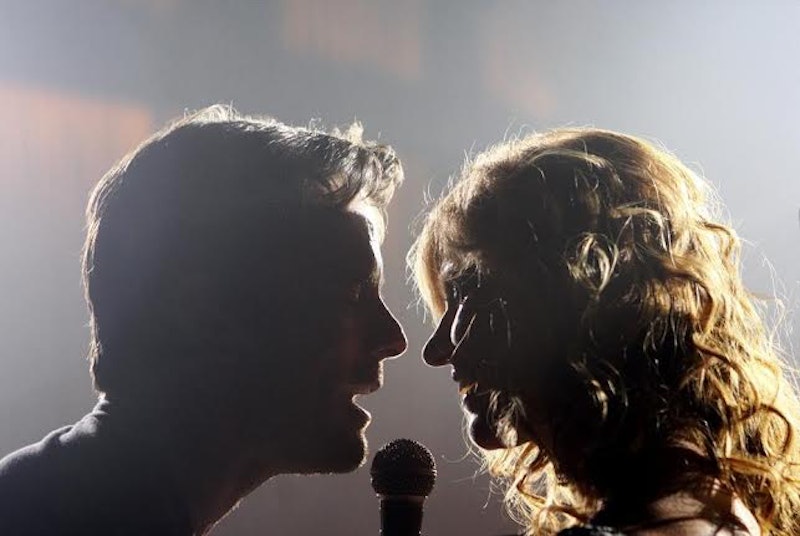 It’s good to be back, y’all. In the Season 2 finale of Nashville , fans watched with pure unadulterated jealousy as Rayna was proposed to by not one, but TWO extremely attractive men. So naturally, the number one question on everybody’s mind all summer has been: Will Rayna choose Luke or Deacon? Well, Season 3 is wasting no time in giving us that very answer. As we all suspected (and feared) to be the case, Rayna chooses Luke over Deacon, sending many fans into a fit of rage… myself included.

But let's back up for a minute. The episode kicks off with Rayna making a phone call to one of her two suitors, telling him that she's going to come and that she loves him. Moments later, we see Luke pretty much sucker-punch Deacon in an alleyway, asking him why he can't just let Rayna be happy, to which he aptly replies, "Why can't you?" But what does this actually mean in regards to Rayna's decision? In true Nashville fashion, they leave us hanging for the entire hour by showing us everything that's transpired over the last 12 hours, which, of course, involves Rayna coming clean to Luke about her other proposal. He's upset, but oddly calm about the whole thing and encourages her to do what she thinks is best because for him, she's the one.

From there we see a montage of all the times Luke was there for Rayna all the times a not-so-sober Deacon wasn't, and you know exactly what her answer is going to be. So does she. Rayna goes to Deacon with her answer, but it's one that he's not ready to accept. He begs her to think it over some more and meet him at the Bluebird with her answer later that evening. But instead, she goes to Luke, happily flashing her ring at the paparazzi. (OK, Nashville, we get it.)

So there you have it. Rayna and Luke are officially engaged. But fans shouldn't close the book on the Rayna-Deacon love story just yet. Because even though Rayna shows up at Luke's event, there's clearly only one man that she has on her mind, and it's not the guy she's marrying. I guess that's the thing that upsets me the most about this whole love triangle situation. I don't feel invested in Luke because she's not invested in Luke. As every romantic comedy has proven, the "safe" choice is almost never the right one.

And that's exactly what Rayna's doing. She's playing it safe because she's tired of being hurt. And I get it, to an extent. But clearly, that's not going to be how this all plays out. It doesn't matter whose ring is on what finger for now — Deacon and Rayna are endgame. Plain and simple. And the faster Rayna gets up to speed on that fact, the happier we'll all be.