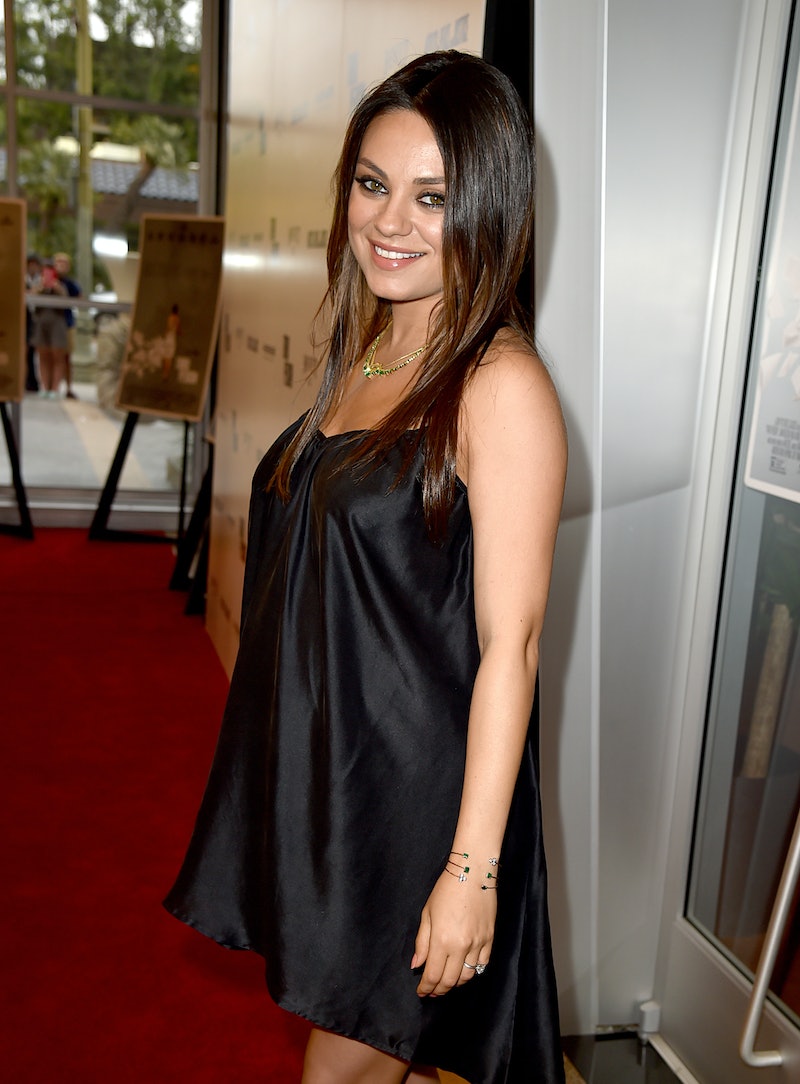 A new celebrity baby has made its way into the world, and it's already obvious that she's going to be the coolest kid in pre-school. That's right, y'all — Mila Kunis and Ashton Kutcher have welcome their baby, according to TMZ. I repeat: BABY KUNIS-KUTCHER HAS ARRIVED! I'm not punking you, either. The Ted actress, who seemed like she was pregnant for approximately 25 years, gave birth Tuesday night in Los Angeles at Cedars-Sinai hospital to a bouncing baby girl, with fiancé and former That '70s Show co-star Ashton Kutcher by her side.

Something tells me that Kunis and Kutcher are going to be some pretty amazing parents. Her #flawless style and tongue-in-cheek humor combined with his overall goofiness and Calvin Klein glory days will no doubt make sure that their kid grows up to be one of the funniest, most gorgeous people ever born. It's just ~science~ okay? As much as I'm excited for the new lil celebubaby I will say that I'll miss Kunis being pregnant, if only for the fact that she had downright hilarious answers for everyone who interviewed her during her pregnancy, especially Jimmy Kimmel.

While Preggo Mila may be no more, she'll probably have some LOL-worthy stories about being a new mom to spill soon. Congratulations on the kiddo, you two!