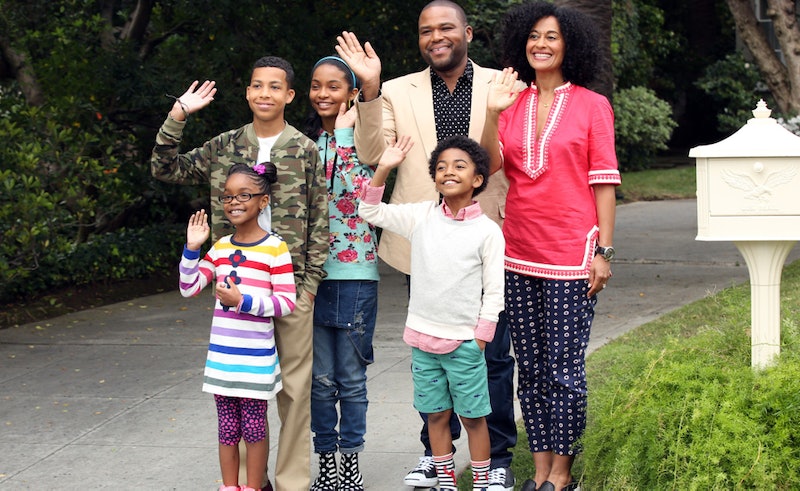 It seems that ABC has finally broken the Modern Family curse, and they've done it with black-ish. Right off the bat, black-ish retained 89 percent of Modern Family 's audience — a stat notable not only in that Modern Family 's audience is and has always been damn big, but in that ABC's had multiple struggles in finding a show that could actually retain the attention of those viewers. Lo, it was not meant to be for Super Fun Night, but in black-ish, ABC might have found a counterpart that actually has the power to intrigue America.

The shows that have followed Modern Family in the past haven't exactly been unlovable. In fact, many of them earned very devoted audiences in their brief time on ABC. The problem for them — Happy Endings and Cougar Town being the most notable — was that the audience was still a pittance in comparison to what Modern Family was bringing in. Neither Super Fun Night nor The Neighbors got anywhere in the time slot, and Trophy Wife never even made it into that slot before cancellation, despite the similarities it had to Modern Family.

But black-ish is rockin' the spot, at least so far, in a way we've never really seen. Perhaps the name or the concept drew the people in for the premiere, or perhaps it's that the show is filling a cultural hole, inviting in a whole group of people who might very well love Modern Family but who don't particularly care about it since it doesn't include them in their narrative. And yet b lack-ish doesn't just appeal to the black part of Modern Family's audience — as Bustle's own Paige Tutt points out in her review of the show, it "appeals to really anyone who enjoys comedy."

With this ratings promise, my love of comedy, and my longstanding internal back-and-forth on my own race, I can't wait to watch black-ish.